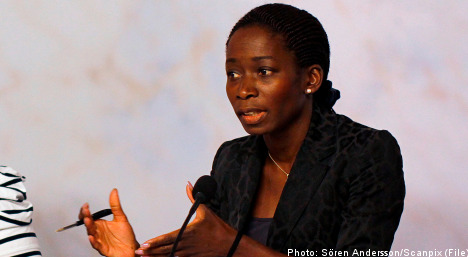 “It will give teachers the tools necessary to inspire to dialogue and reflection,” minister for integration and equality, Nyamko Sabuni, wrote in an opinion article in daily Dagens Nyheter (DN) on Tuesday.

According to Sabuni sexual education is still controversial in Swedish schools.

When the national TV network Sveriges Television (SVT) together with sexual educators RFSU showed a film called “Sex on the map” (Sex på kartan) in Swedish schools it met with strong reactions as a dark skinned boy was shown having sex with a lighter skinned girl, and because the film featured homo-, bi-, transsexual and queer issues.

According to Sabuni there is a growing frustration with harassment and violence being swept under the carpet in Sweden.

“Sexual education in Swedish schools is important from an equality perspective and in order to combat sexual violence, sexual harassment and other violating behaviour,” Sabuni wrote in DN.

Treating sex ed as solely a part of the biology subject makes it too narrow, according to the government, arguing that issues concerning gender and sexuality should be discussed within the framework of other subjects as well.

By integrating sex education into subjects like social studies, history and religion, the government is hoping to bring a discussion on equality to the forefront of Swedish education.

“The adult world has a responsibility to create arenas where our young people can discuss sex and relationships – as well as boundaries, abuse and sexual rights – in a natural and relaxed way,” Sabuni wrote.

The government has also asked the Swedish National Agency for Education (Skolverket) to increase teachers’ awareness on the differences between the sexes when it comes to language, reading and writing skills.

Sexual education has been mandatory in Swedish schools since 1956 and has traditionally been incorporated into biology studies.