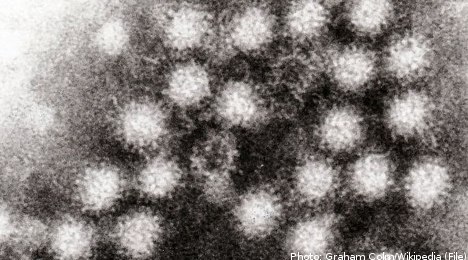 The medicine is today used to treat the heavy vomiting of cancer patients, but could also be used against the Norovirus, to save the approximately 800,000 children in developing countries who die every year, from vomiting and diarrhea.

What the Swedish researchers have successfully proven is how cells infected with the virus secrete toxins, which irritate cells in the intestinal wall.

These cells then activate nerves, which in their turn activate the centre of the brain that controls the urge to vomit, causing the sufferer to throw up their stomach contents.

Today’s treatment against stomach flu consist of fluid therapy, which is inefficient when vomiting is frequent.

The alternative is an IV drip.

“By limiting vomiting with this drug, many lives in developing countries could be saved,” Professor Lennart Svensson, active at Linköping University and head of the research team responsible for the discovery, said in a statement.

The drug will be tested this autumn on Brazilian children suffering from the Norovirus and Rotavirus.

If results are promising, researchers believe the medicine can come into use quickly, seeing as it is already established.

Norovirus, which has also been known as Norwalk agent, is a virus causing vomiting, diarrhea and stomach pains.

Symptoms are generally intense but brief, as sufferers tend to be recovered within 24-60 hours.