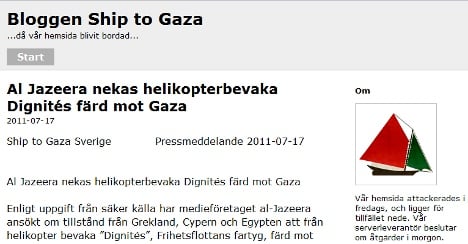 The group were forced to shut down their website on Friday after a so-called overload attack which forced their server company to pull the plug.

“Since Friday morning our server supplier has been under attack, which means that our website is down. We can’t say for sure if it is directed against us, but it is obviously an advanced attack,” Ship to Gaza wrote in a statement.

The organisation shifted their information feed to a temporary blog and are considering whether to report the matter to the police, while they sought to play down the impact of the attack.

“The effects of the attack were not those desired,” Ship to Gaza press spokesperson Mikael Löfgren told the TT news agency.

The Freedom Flotilla II, uniting 300 activists from all walks of life and 22 different countries, and aiming to transport necessities and to protest the Israeli blockade of the Palestinian-controlled coastal strip, has suffered a slew of setbacks.

Israel has made no secret of its determination to prevent the flotilla from reaching Gaza, which has been under a blockade since 2006 after militants there snatched an Israeli soldier who is still being held at a secret location.

The Israeli government later rejected the claims of the Swedish Ship to Gaza movement that “foreign agents” had sabotaged their boat, calling it a “James Bond-esque” insinuation, with no bearing on reality.

The Juliano remains held by the coastguard in Iraklio, Crete having recently lost its second flag, from St.Kitts and Nevis, after Sierra Leone earlier withdrew theirs.

The French-registered ship Dignité is currently the only vessel of the original fleet to be sailing towards the Gaza coast. Swedish Ship to Gaza spokesperson, Dror Feiler, is among the ten activists onboard. 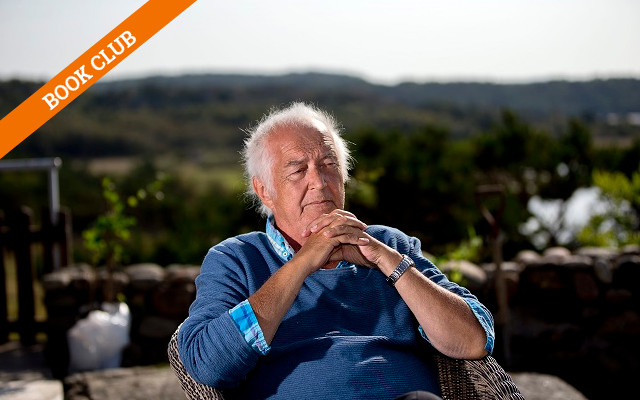