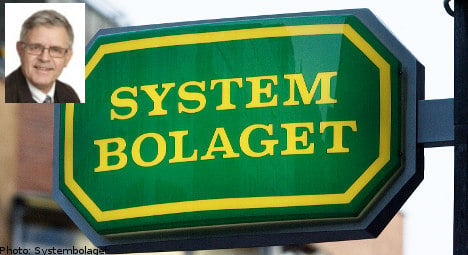 Hamilton, a member of Systembolaget’s board, cites the goal of “perfect service” as one reason to introduce this reform.

“Systembolaget’s monopoly and legitimacy is based on citizens accepting the monopoly. Therefore one of Systembolaget’s goals is that sober adults should receive perfect service. Suggestions to abolish the monopoly should be impossible to motivate with mediocre service from the company’s part,” he wrote.

Today, shopping in Systembolaget’s online store means ordering a product from the limited order catalogue, and then going to one of Systembolaget’s stores to pay and pick up your goods.

Hamilton suggests an expansion, in which all products are made available to order through the online store, and then delivered to customers’ doorsteps within 2-4 days – provided the customer is sober and can show ID proving they are at least 20 – Systembolaget’s minimum age.

“If the recipient does not meet these conditions, the goods will not be delivered. This is, just as in stores, easier for Systembolaget, since the company isn’t run with profit goals, and denying a purchase isn’t a loss or a setback,” explains Hamilton.

Doctor Sven Andréasson, specialising in substance abuse and also a member of Systembolaget’s board, is concerned that this suggestion poses risks to public health.

“If there’s any change, it’ll most likely be higher accessibility and higher sales, which in turn means more damage,” he said to news agency TT.

Andréasson points out that the purpose of Systembolaget’s monopoly is to keep alcohol consumption down.

“This is a step in the wrong direction, which contributes to an erosion of the monopoly’s purpose and effect,” he said.

“This could be the last nail in the coffin for ‘boxed wine alcoholics’. The monopoly isn’t threatened by impopularity. On the contrary, seven out of ten Swedes think Systembolaget is great just the way it is,” said the organisation in a statement.

Sweden’s right-wing political parties have quickly warmed to Hamilton’s suggestion, however, with representatives from the Liberal Party (Folkpartiet), the Moderates and the Christian Democrats all voicing their approval.

The suggested reform could also be a way to solve the issue of selling alcohol in privately owned farm shops, according to Hamilton.

Critics have previously suggested that allowing farm shops to sell alcohol could lead to criticism from the European Union which could see the end of the Swedish alcohol monopoly.

With a doorstep delivery service, visitors to Swedish distilleries or vineyards would be enabled to order products on the spot and then have them home-delivered.

Hamilton also writes that Systembolaget’s opening hours should be a matter for Systembolaget’s board to decide, instead of the practice today, where hours are regulated by Riksdag mandate.