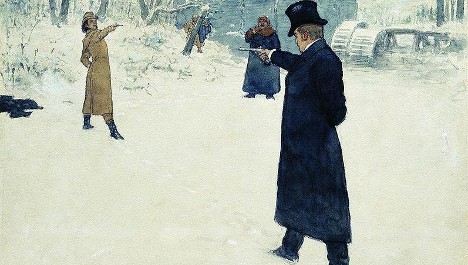 The charges against the men state that the 39-year-old and the 42-year-old had made arrangements to meet up on a bicycle path in the Funkabo part of Kalmar, on April 1st this year.

In a text message between the two a duel was mentioned – a game of “last man standing”, according to local paper Barometern.

When he fell to the ground both of the other men kicked and beat him and sprayed tear gas in his face, according to the prosecutor.

In connection with the assault the 42-year-old turned his own gun on the 38-year-old, injuring him in his chest and hip.

Both men survived the injuries and are both claiming to have acted in self-defence.

The court however, did not agree with them and they were subsequently sentenced to five years in prison for the attempted murder of each other.

The 29-year-old accomplice was sentenced to three years in prison.