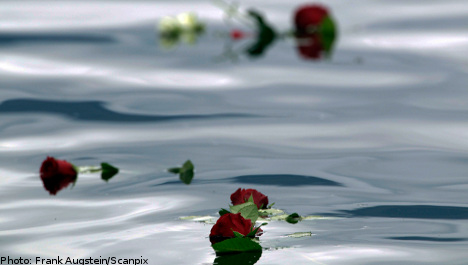 “We want to conduct a thorough analysis,” said Sirpa Franzen at the Security Service to the Svenska Dagbladet daily.

The manifesto, entitled “2083 – A European Declaration of Independence” has been dubbed “a terrorist’s handbook” and was sent by Anders Behring Breivik to a number of far-right groups shortly before the bomb attack in Oslo and massacre on Utøya which left more than 90 people dead.

The manifesto, written in English under the pseudonym Andrew Berwick, is accompanied by a video and a letter, gives detailed instructions on how terror can be spread beyond Norway’s borders into neighbouring Sweden.

Speaking to the Dagens Nyheter (DN) daily, Johannes Jakobsson, a reporter with the anti-racist newspaper Expo, argues that the Nazi rhetoric of Swedish far-right groups is similar to Breivik’s.

“There are those who have expressed the ambition of conducting a revolution,” Jakobsson said, warning that the indications that an armed attack was being planned have been noted in Sweden.

“If you look at the rhetoric there there are Nazi circles of people in Sweden who used language which proposes a total struggle against society, an extreme ideology which is based on roughly the same things that Breivik proposes,” he told DN.

In March 2008 Swedish police conducted a raid against one neo-Nazi group, the Swedish Resistance Movement (Svenska Motståndsrörelsen – SMR), seizing dynamite and other weapons.

While SMR is open about its National Socialist ideology and advocates the establishment of a Nordic government, it has publicly rejected claims that it is planning revolution.

Breivik’s 1,500 hundred page document includes a list of 9,393 Swedes who he argues deserve the death penalty.

The list is divided into three categories which span political and business leaders, journalists and “cultural Marxists”, as well as those who defend “multiculturalism”.

Breivik argues that all Swedish political parties, except the Sweden Democrats, are to be considered “cultural Marxists/suicidal humanists/capitalist-globalization advocates”.

“I would personally rank Sweden as possibly the most totalitarian and politically repressed country in the western world 2009,” Breivik wrote.

The Security Service is focusing its analysis on whether there are any links to Sweden neo-Nazi and white power movements.

The Service has furthermore deployed officers in Norway for intelligence gathering and also to assist their colleagues in Oslo.

32-year-old Anders Behring Breivik faces a remand hearing in Oslo on Monday and has admitted to being the executor of the attacks.

His lawyer has said that despite the confession, his client denies the charges and has claimed that he was “forced” to act.

According to Norwegian media sources the official death toll has now climbed to 93, with a further 96 injured and more still missing. 40 patients remain in hospitals, with 18 of them fighting for their lives.