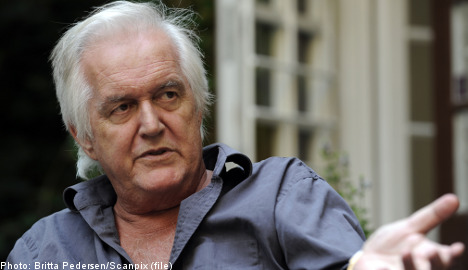 Interviewed on the BBC news show Hardtalk, Mankell told journalist Tim Franks that the terror attacks in Norway have shown us that any religion can be hijacked and used a reason for terrorism by a sick mind.

“Terrorism will now always be connected to people that are not only ‘kidnapping’ Islam but Christianity or any other religion,” Mankell told the BBC.

Mankell also said he is concerned about people speaking about Anders Behring Breivik, responsible for the bombing and massacre in Norway in July, as an “evil person”.

“No child is born evil. Evil circumstances are always surrounding evil actions. If we start talking of evil people we go back 500 years in time.” Mankell said.

Mankell also said that Behring Breivik is living in an imaginary world where he believes himself to be a soldier at war, demanding to be allowed to dress in uniform in court.

He also said he believes that examinations will show Behring Brevik to be severely mentally disturbed.

The BBC asked him how concerned the rest of the world should be of the rise of the far right in Scandinavia.

“We should be concerned but we should also be realistic. So far the ultra extreme right wing hasn’t had such a profound impact in Scandinavian society. But we will have to see to that they will not grow too much,” Mankell responded.

However, Mankell blames the mainstream politicians for the increase in support for the far right in the region.

“They have taken the attitude ‘we will ignore them – we won’t discuss with them’ and that to me is completely wrong. You have to take the dialogue with them otherwise they will be left to grow,” Mankell told the BBC.