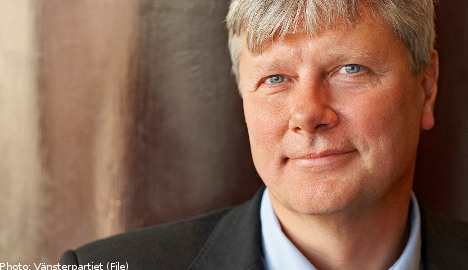 Ohly claimed that Reinfeldt, after the Norway terror attacks, has avoided mentioning that racism was the breeding ground for the deeds.

“This hatred has a political base. This hatred isn’t blind,” said the Left Party leader on Saturday, in his traditional summer speech held in Gnesta, outside Stockholm.

Lars Ohly feels that too much focus is put on Islamic terror.

“If we’re to discover the threat, we have to talk about what this is really about, and Reinfeldt isn’t doing that today,” said Ohly.

The summer speech in Gnesta was Ohly’s last as party head. Earlier in the week, he announced that he will not be candidating for re-election, at the Left Party’s congress in January next year.

In his speech, he also attacked the pension system’s design, and stated that he sees a possibility for change there, since the Social democratic leader Håkan Juholt opened for such a reform.

Ohly wants to get rid of pension brakes and the premium pensions, and raise the pension level.

“We have to reform the pension system. It was wrong from the start, creating insecurity for the future for a large number of people,” said the Left Party head in his speech, referring partly to pension levels being lowered this year, using the pension brake, because of the financial crisis of 2008.