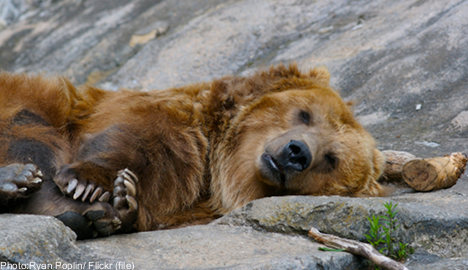 “We have now come far enough in our investigation to put the technique into practice in order to understand its effects. We have hired bear experts to study the effect the bait-technique has on bears and will therefore allow it in this year’s hunt,” said EPA wildlife management head Per Risberg in a statement.

The study, which involves bait hunting, or food that is intentionally placed to facilitate scouting and hunting of the bears, investigates a technique which is under great debate in Sweden.

This year the experiment expanded to include three additional counties.

In total, 293 bears have been shot in the six counties during the spring hunt, with more than half killed in Jämtland and Norrbotten counties.

This is a slight increase over last year’s 276 bears.

The Scandinavian Brown Bear Research Project received about 1,3 million kronor ($200,000) towards the study.

In 2001, the EPA initially banned leaving bait to attract and then shoot the bears. The decision was based on assessing the risks of bears becoming unafraid of humans due to increased contact, and female bears with cubs that could be aggravated at the bait.

The purpose of the study is to see if the risk assessment is correct, and if bait hunting is indeed safer hunting for bear hunters.

Brown bears are widely distributed in the northern half of the country and there is some evidence that suggests their range is increasing.

According to a 2004 study by the Scandinavian Brown Bear Research Project, the Swedish bear population hovers between 1,635 and 2,840 individual bears, with an annual rise in population of about 4.7 percent.