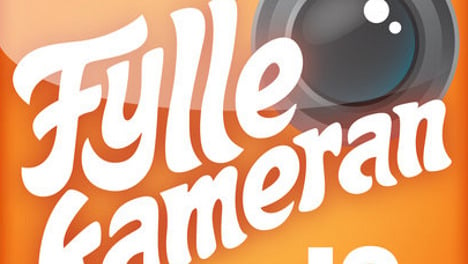 The new app, Fyllekameran (‘booze-camera’), is the brainchild of IQ, a wholly-owned subsidiary of Systembolaget created in 2005 to find new ways to reduce alcohol consumption in Sweden.

Its creators hope that, in allowing users to “meet their drunken selves when sober” will give people pause.

“When you’re drunk, you perhaps view yourself in a different way than you would if you viewed yourself drunk when you were sober,” IQ CEO Magnus Jägerskog told The Local.

The Fyllekamera app consists of an alarm that users set before they head out for a night of revelry. When the alarm sounds, users are prompted to click ‘OK’, at which point their iPhone camera kicks into gear to record whatever shenanigans the user and his or her friends may engage in after having downed a few drinks.

“When the film is recorded, I’m sure it will be fun and hilarious,” said Jägerskog.

Twelve hours after recording is completed, however, another alarm sounds, giving users, who having since sobered up, a chance to relive their intoxicated antics through more sober eyes.

“We want to give people a picture of how they are when they are drunk and give people the chance to reflect,” said Jägerskog.

The app was developed based in part on the findings of a study carried out by IQ involving 510 people aged 18-35 which revealed that six of ten respondents believed their friends would be “negatively surprised” if they saw themselves drunk on film.

The study also found that 29 percent of respondents would be negatively surprised if they saw a film of themselves recorded when they were intoxicated.

According to Jägerskog, people aren’t always as pleasant to be around when they are drunk as they may believe, and many young adults – the target group for the Fyllekamera app, drink too much alcohol.

“The point is to help people develop a smarter view about alcohol so that people don’t drink too much or too often,” he said.

“Hopefully some people will have moved to reflect on their alcohol consumption and change their habits.”

On its first day of release, the app had already climbed to 34th place on the Swedish iTunes list of popular downloads, although Jägerskog stressed that IQ has no specific measure for success.

“We just want it to be spread as widely as possible,” he said, adding, however that the app is designed to block users from being able to upload their drunken videos to the internet or share them with friends.

“The point isn’t to spread the film on the web or on social media, but to force people to think again about their behaviour,” he said.