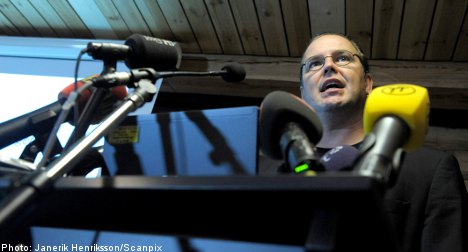 “There is great uncertainty going forward and the risk of a weaker development is predominant,” Borg said.

Borg had already cautioned earlier this month that Sweden would need to “significantly” revise down its growth expectations for 2012 amid the rekindled global financial crisis.

“The great uncertainty when it comes to developments places heavy demands on having clear safety margins to secure that Sweden has the freedom of movement it needs to meet a longer and deeper downturn,” Borg told reporters in Harpsund, in central Sweden, Friday.

“By making sure the financial savings are near even in the year to come we will ensure satisfying margins,” he added.

The finance ministry explained in its statement that Sweden, “as a small and export-dependent economy with a large financial sector, is affected by the increased unease on the finance markets and by the weakening global economy.”

It said Sweden was now expected to have “near-balance” of 0.1 percent surplus in its 2012 budget, down from its April forecast that it would post a 1.8-percent surplus next year.