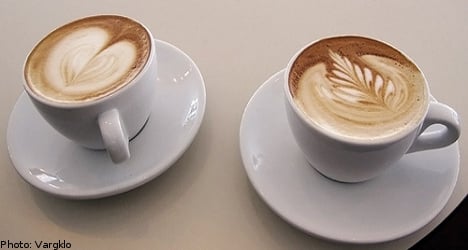 The case stems from an incident which took place in July 2009 when the officers stopped off to grab a cup of coffee.

Finding no available street parking, they left their squad cars in a no-stop zone.

When they returned from their coffee break, they found they had been ticketed for parking violations and each of them were subsequently fined 1,000 kronor ($157).

The officers claimed that they had been trained to park their cars to be easily accessible in case of the need for rapid deployment, and should have been exempt from local parking regulations.

In a partial victory for the officers, the high court ordered the case back to the Court of Appeals of Western Sweden, requesting it amend the District Court of Gothernburg’s ruling, having found that the lower court had applied the wrong law.

In it’s initial finding, issued in July of last year, the district court ruled that the fine was justified because, although the officers were on duty, parking their cars to grab some coffee was not part of their official duties.

“The purpose of the exception in the traffic regulation codes could not have been to grant a blanket exemption for police cars,” the district court wrote in its verdict.

“Such a thing cannot be shown in the text. The policemen must have been aware of this.”

But the officers appealed the case to the Court of Appeals of Western Sweden, which in turn declined to grant them a hearing, prompting the officers to take the matter to the Supreme Court.

The Supreme Court concluded, however, the district court had applied the wrong law by implementing a parking fine when the offence should have more rightfully been treated as an administrative issue concerning parking fine regulations.

Following a second review by the Court of Appeals, the district court’s original ruling was thrown out, voiding the parking fines.

“The police cars in the no-stop zone had not posed any traffic hazards and the officers had acted in a way that was consistent with what they had learned during their training in the profession,” said police inspector Peter Axelsson, according to court documents.

“As policemen on duty they always have the obligation to intervene in case of emergency or when otherwise appropriate. At that time there was no vacant space on the street for police cars,” he continued.

“According to official regulations vehicles may be stopped or parked when they are used by police personnel on duty despite bans issued by local traffic regulations.”