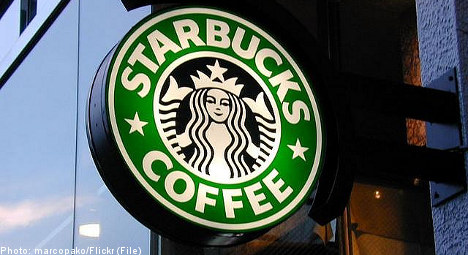 From next year, caffeine-deprived rail travellers will be able to perk up with the coffee chain’s signature mocha frappuccinos and skinny hazelnut lattes as they board their trains at Malmö and Gothenburg central stations.

While Starbucks opened a store at Stockholm Arlanda Airport in 2010, the outlets will be the first Starbucks in Sweden to be open to the general public.

The shop is to be opened within the framework of an existing strategic partnership with the Scandinavian Service Partner (SSP) restaurant and travel company, according to a statement.

“Starbucks at Arlanda is a major success for both our clients and customers. We are delighted to build on our strong relationship with Starbucks by opening more outlets in Sweden,” said Lars Edengréen, president of SSP Sweden.

Although Starbucks is the world’s largest coffee house chain, it has yet to penetrate a Swedish market already served by a number of local chains such as Espresso House, Coffeehouse by George, and Waynes Coffee.

SSP entered into a strategic cooperation with Starbucks in June 2008. Since then the company has opened 29 outlets in the UK, Spain, France, Germany, Switzerland and Sweden.