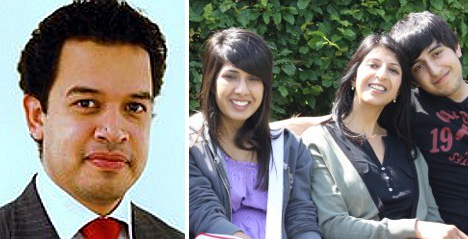 On August 15th, The Local published an opinion article called: ‘We never had a single conversation with a Swede’.

Two weeks later the article has received more than 300 comments and has been shared on Facebook almost 600 times. So now that the dust has settled it is time for a more nuanced look at why this contribution sparked so many emotional reactions.

The contributor is Suhail Din, a UK native of Pakistani or Indian descent (given his reference to Punjabi). During his highly-anticipated holiday in Sweden, he and his family were shocked to find out that they did not manage to interact with the Swedish population.

Or to be more precise: that the population seemed not to interact with them.

The experience of the Din family is a classic example of problems in intercultural communication. In his contribution, Mr. Din makes assumptions that are based on cultural misunderstandings that consequently provoke strong emotional reactions amongst some of The Local’s readers.

So let’s analyse what happened.

In the first half of his contribution Mr. Din goes to great lengths to compliment the Sweden’s nature, population, and service-minded attitude. But just like in his real life experience, the article turns, at the sixth paragraph, when he starts to describe the uneasy feeling he and his family got after spending some time in the city.

He describes the stares of the people, the fact that people sitting at their table kept speaking in Swedish and the general disinterest of people to engage with them. So far it seems like not much more then relatively common big-city behaviour (compare it to the ‘arrogant’ Parisiens, New Yorkers, Amsterdammers etc.).

So why did his article spark so many reactions?

Although Mr. Din does not explicitly mention it, in several places he implies that there could be racial motives behind the behavior of Stockholm’s inhabitants:

“We could not understand why, as we dress as everyone else except that we are brown…”

“In Newcastle a visitor is sure to receive a warm welcome,…, black white or brown, Chinese or South Asian…”

First of all the unpleasant feeling this must have given the Din family needs to be taken seriously. However, the feelings seems to have been fed by a lack of knowledge of and failure to understand the Swedish communication culture.

Since there was no other logical explanation for the (in their eyes) ‘rude’ behavior on the part of the Swedes, the only reasonable explanation left for the Din’s is the conclusion that the way they were treated was because of the colour of their skin.

And that is where the spark ignites!

Besides the Swedish communication culture, which I’ll address below, Mr. Din should have been aware of the fact that implying racial motives and then expanding that to a whole society or population is very sensitive.

Especially in Sweden with it’s long standing tradition of human rights protection, emphasis on equality, as well as Swedes’ tendency to display politically correct behavior. The recent rise of the extreme right on the political scene has made this topic even more sensitive as views become more polarized and the debate more heated.

Mr. Din also walks a fine line of sensitivity by referring to the Utøya tragedy and placing his feelings of anxiety in that context. Worldwide people were devastated by that event but outside Norway probably nowhere more then in Sweden.

The images were so similar, the system is so similar, and the people are so connected that for many Swedes it felt like an attack on their own society. Since that tragedy took place during the same weekend that the Din family was in Stockholm his feelings of ‘paranoia’ (as he describes it) can be understood.

Nobody knew how to react to those events. But to write that into the article, implying extreme right wing motives behind common big-city behaviour does not demonstrate a lot of understanding for the Swedish society.

It is a well-known fact that many foreigners find it difficult to engage with Swedes. From my personal experience as a Dutch native living in Stockholm, I can tell Mr. Din that it is not easy and that he was right picking up those signals. However, the motives behind this behaviour are often different and sometimes even nice and honorable.

An example: this summer I was grilling on the barbeque outside my apartment for four nights in a row. To my surprise all the neighbours looked, sometimes smiled, and then quickly walked on.

It was not until the last evening that one neighbour approached me and asked if he could put a korv (sausage) on the barbecue because his wife was not home and he did not feel like cooking. After talking to him I realised that what I mistook for unwillingness to engage (and even rude behavior) was actually my neighbours’ way of respecting my privacy.

Respecting each others privacy is highly valued in Sweden. You do not stick your nose where it does not belong and do not interfere with the business of others (at least not openly). Obviously these strict boundaries make it more difficult for foreigners to ‘get in’. It is also very often considered rude by people coming from more communitarian societies such as those found in Asian or Latin American countries.

Another example: when I go out for drinks, I am used to buying a round of drinks for the whole group. Someone else will take the next. But in Sweden one buys a drink for oneself and possibly the person you are talking with.

After a year I still have to remind myself that I am not rude in doing this, nor are others, but that it is just a different social convention. It is actually rude to my Swedish friends if I buy a round for the whole group because It puts them in the difficult position of either having to break the code or be rude to me.

It is also a common misconception that all Swedes communicate well in English. Although most Swedes know English well, that does not mean they are comfortable communicating in it. Try talking to your insurance company in English!

With regard to the Swedish language, it must be said that compared to the language of Shakespeare and Yeats, it is not very refined or courteous. Partially as a result of Sweden’s emphasis on egalitarianism (as such, a noble principle) a lot of the polite forms have virtually disappeared. For instance, there is no polite way to start a letter or email. This is not a matter of disrespect but a different way of communicating.

My sincere belief is that what Mr. Din saw as possible racially motivated behavior was in fact a mix of capital-city-arrogance and cultural behavior.

Of course that is no excuse for being rude but with the assumptions Mr. Din made and his implicit racial references, it is no wonder the article sparked the reactions it did.

However I am sure that if his daughter proceeds with her plans to come to Stockholm she will find that although it does take a while to get to know the real Swedes they are just as nice, arrogant, loveable – and yes rude – as the rest of us.