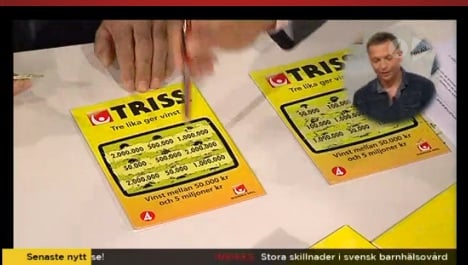 “It’s unreal, I don’t think I’ve quite woken up and realised what has happened yet,” 46-year-old Rolant Christensen told The Local after his win.

Christensen’s incredible streak of good luck started a couple of weeks ago when he bought a Triss scratch-off lottery ticket and found that he had won a chance to win 5 million kronor.

Three days later, he bought another ticket on a whim, and won again, giving him two chances to hit the scratch-off lotto jackpot on live television.

Christensen’s fortuitous lotto ticket purchases secured him two of only five tickets in each printed series of 2 million that gives the winner a chance to go on TV for the grand prize of up to 5 million kronor.

“The media attention has been huge, I was excited already but it seemed that everyone around me was just as enthusiastic,” he said.

The double scratch-off on TV4’s ‘Nyhetsmorgon’ show was a historic event, as never before has a person with two eligible lottery tickets appeared on the programme.

A thrilled Christensen ultimately won 2.1 million kronor, 100,000 kronor on the first scratch-off ticket and 2 million on the other.

“When I first won the 100,000 that was dramatic enough and I was happy about it, but then the winning ‘two million’ symbol was revealed and I could barely believe it,” he said.

Now that the Högsby resident is significantly richer, he plans to buy the house he lives in with his family, as well as a new car and an excavator.

“It will go towards some vacation time as well, sometime in the winter my partner and I will go to Thailand. It’s reassuring to have this money to pay off debts or do things like get my daughter a new bike,” he said.

The chance of encountering another landslide win is uncertain for Christensen, but that won’t stop him from buying more lottery tickets in the future.

“I will definitely continue playing, I can’t know whether my luck will continue or not but buying tickets is fun and who knows what will happen,” he told The Local. 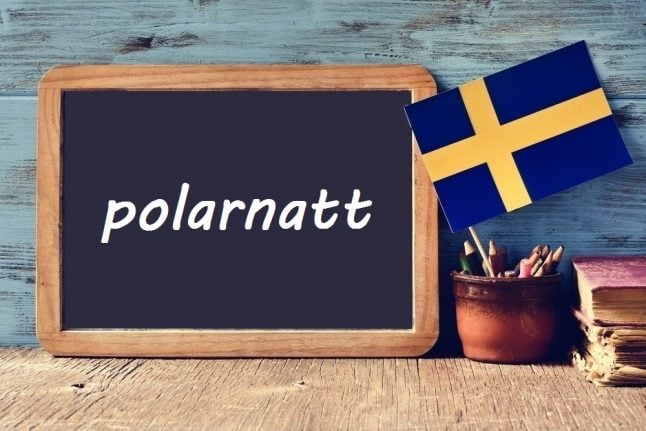 LANGUAGE AND CULTURE
Swedish word of the day: polarnatt
Url copied to clipboard!