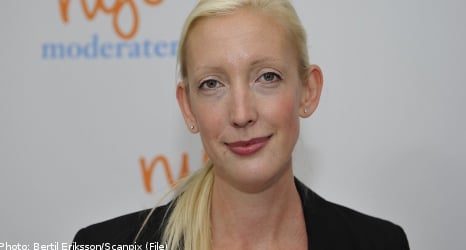 The party board is now suggesting that the more than 40 year-old law be scrapped.

“We don’t see it as modern, and it doesn’t fit with our view of human beings,” said party secretary Sofia Arkelsten to the TT news agency.

Today, those who wish to undergo a sex change operation must first sterilise themselves. They must also, if married, first get divorced.

“There’s no point in making people get divorced and then get married again,” said Arkelsten.

The National Board of Health and Welfare (Socialstyrelsen) suggested last year that the law be changed, and a large majority of the Riksdag support this.

Now that the Moderate Party has taken a stand in favour, the probability of a law change is increased further.

Not everyone is in favour, however. The far-right Sweden Democrats are against it, and only this June, Göran Hägglund, the Christian Democrats’ party head, also said no to changing the law.

“At our party congress this summer, Maria Larsson [minister for children and elderly] was clear that we stand by the sterilisation demand. We’ve decided to investigate the question, and that’s where we are right now,” said Annika Eclund, MP and the Christian Democrats’ spokeswoman on HBT issues.