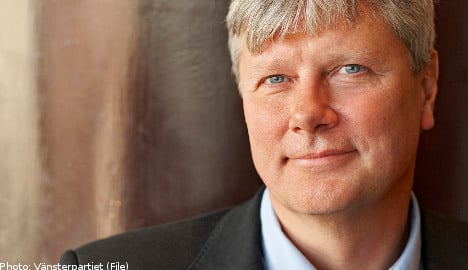 Current party head Lars Ohly announced his resignation on August 9th. Since then, several candidates have announced their desire to succeed him.

“Everything’s open, and I don’t know how this is going to end,” said Ruzina Stanojevic, chairwoman of the powerful Skåne district, to TT.

To see where sympathies lie, TT called all 24 Left Party district heads, and discovered that the race is going to be close.

Matters seem to depend heavily on whether or not the party chooses to introduce a split leadership, after the Green Party’s model.

Previously, a majority have opposed such a model, but the idea of two heads is quickly winning ground, showed TT’s survey.

“I think there’s a majority for split leadership in our district, as it’s easier on the individual,” said Hans Jansson, chairman of the Västmanland district, to TT.

In the case of a split leadership, Jonas Sjöstedt and Ulla Andersson have a slight advantage. In the event the Left Party continues with a single leader, the female candidates are favoured.

The four candidates who have thus far announced their interest in the Left Party leadership are MPs Jonas Sjöstedt, Ulla Andersson, Hans Linde, and Rossana Dinamarca.