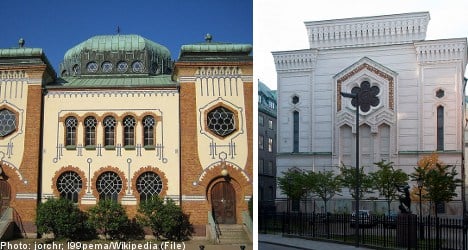 The government’s autumn budget, set to be released on September 20th, includes 4 million kronor ($622,000) in new spending to “increase security and reduce vulnerability for the Jewish minority”, according to a statement from integration minister Erik Ullenhag.

“Anti-semitic remarks and other negative treatment based on racist assumptions is never acceptable in a democratic society,” Ullenhag said in a statement.

The money, which is a one-time expenditure for 2012, is meant to send an important signal that Sweden takes anti-Semitism seriously following accusations that the country wasn’t doing enough to protect its Jewish population.

In December 2010, the Los Angeles-based Simon Wiesenthal Centre issued a warning to Jews advising them to avoid traveling to southern Sweden.

“We reluctantly are issuing this advisory because religious Jews and other members of the Jewish community there have been subject to anti-Semitic taunts and harassment,” said Dr. Shimon Samuels, Director of International Relations Centre, said in a statement.

In addition, the Organisation for Security and Cooperation in Europe (OSCE) has urged Sweden to do more to fight anti-Semitism.

Speaking with the Svenska Dagbladet (SvD) newspaper, Ullenhag said he was “disappointed” that Sweden has been viewed as not doing enough for its Jewish minority.

He explained that Jewish groups in Sweden have repeatedly expressed their security concerns, which sometimes result in people deciding not to attend religious services out of fear for their safety.

“Jews are one of our national minorities and the state has a responsibility to ensure that people can go to synagogue are arrange in Jewish activities and feel they have the security they believe they need. That’s a fundamental human right.”

Ullenhag explained that the funding is primarily meant to pay for an increased police presence, but that security cameras could also be paid for by the Swedish state if Jewish groups express the need for such equipment.

Overall, Sweden’s Jewish community is estimated to include about 20,000 people.