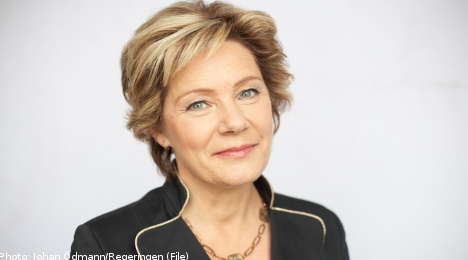 With this, the government is going against a suggestion made by an earlier inquiry.

Earlier this year, the inquiry suggested that the thousands placed in foster homes during the 1900s ought to receive a public apology as well as compensation.

The government’s investigator Kerstin Wigzell suggested that every person exposed to “abuse of neglect of a severe nature” should get 250,000 kronor ($38,000) in compensation.

No money will be given to those affected, however, according to Maria Larsson, minister for children and elderly. The government’s explanation for this is that it would be impossible to hand out compensations to those exposed to maltreatment in a fair and legally secure manner.

Instead, the minister has promised that the foster care children will be receiving an apology from the state.

“I’ve understood that it’s very important for many that such a ceremony occurs. The government has decided to hold a ceremony, and invitations will be sent out shortly,” Larsson told TT.

Another of the government’s arguments for not giving economic reimbursement is that such a compensation would only cover those exposed to maltreatment during the years 1920-1980.

“It covers a very long period of time. And we know that people and groups in Sweden have been maltreated during this period, making it hard to favour one group,” she said.

Drawing the limit for remuneration at 1980 would mean discriminating those exposed to maltreatment at a later date.