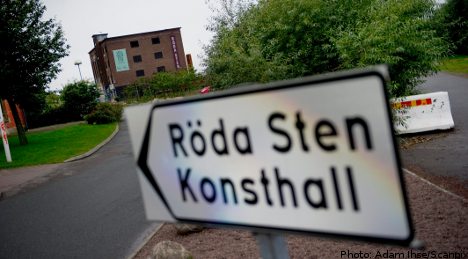 “My client denies all suspicions,” said lawyer Ulf Ahlstrand to the Expressen daily.

He told the newspaper that the Security Service (Säpo) has not presented any concrete evidence which incriminates his client.

“We have to presume that the police know something, which they to date have not said very much about,” Ahlstrand said.

Swedish police on Sunday arrested four people suspected of planning a terror attack in the city of Gothenburg and evacuated hundreds of people from a building hosting an art fair.

The arrests were carried out by regional police assisted by an elite counter-terrorism unit, she said, declining to provide any further details pending the investigation.

Police, meanwhile, confirmed that hundreds of people were evacuated Saturday night from Gothenburg’s Röda Sten building, venue of the city’s art biennale, “after concluding that there was a threat that could endanger lives or health or cause serious damage”.

Organisers said about 300 to 400 people were evacuated around midnight.

“We were warned of a possible threat,” biennale official Ulrika Sten told journalists.

“Police helped us evacuate the building,” before searching people and cordoning off the area.

Police would also not give the identities or details of the four suspects, nor the circumstances of their arrest, but the TT news agency reported they were nabbed near the biennale building.

Two Stockholm newspapers noted the coincidence of the suspected terror arrests and the 10th anniversary of the September 11 attacks on the United States, but nothing so far indicated any link.

The port of Gothenburg is Sweden’s second biggest city after the capital Stockholm with nearly 600,000 residents.

Säpo said Sunday there was no reason to raise the terror alert for Sweden.

“The threat level to Sweden has remained unchanged since October 1st 2010,

when it was raised by one step, from low to elevated,” Saepo said in a statement.

Henrik Wallgren, who was one of those evacuated from the art centre Saturday night, said police had cleared an area up to 600 metres around the building.

“It was disturbing… the police wanted us to leave quickly … saying that there was a threat against Roeda Sten,” said Wallgren.

“No one wanted any more to be near the building but there wasn’t any panic… everyone remained calm,” said the witness, adding that he was awake all night to waiting to hear an explosion, which never happened.

Another guest at the art centre said her initial reaction was that police interruption of the event was an artistic demonstration, a sort of happening to launch the biennale of contemporary art.

“What is even crazier is that we thought it was an artistic event and we did not take it seriously,” said Katarina Nitsche.