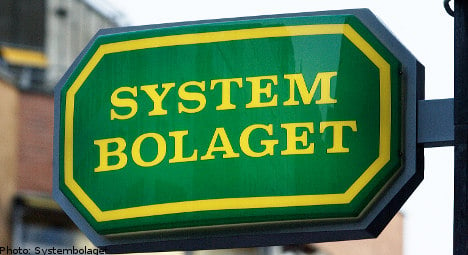 “We can maybe get going next year,” said Systembolaget head Magdalena Gerger to the Dagens Nyheter (DN) daily.

Gerger told DN that the state-owned firm is prepared to consider opening a home delivery service for customers at a cost of around 100 kronor ($15).

Gerger described the move as a major decision, in comparison to the extension of opening hours to include Saturdays.

“We have to adapt to the reality that people live in,” she said.

From the autumn Systembolaget will provide customers with a collection service, whereby pre-ordered items can be collected in-store. The firm is now looking at introducing the home delivery service at 1-2 days notice.

Temperance society IOGT-NTO is not however overly enamoured with the plans, questioning how age controls can be enforced.

“In Norway they have already had this set up for a while and they have had significant problems with age checks. Primarily the Norwegian postal service have reported that their staff find it tough to take those fights at the door,” IOGT-NTO head Anna Carlstedt told the TT news agency.

She said that IOGT-NTO as a great many members who have grown up in families with alcohol abuse and they think that it is of concern to be able to sit at home and order.

“We understand that the Systembolaget is looking at this possibility, because they handle the retail trade of alcohol in Sweden and or course the internet and the home are part of this trade. But that which concerns us is that when availability increases, so does drinking. That much we know.”

The Local reported in July on calls from Liberal Party (Folkpartiet) MP Carl B Hamilton’s call for Systembolaget to be authorised to expand their e-commerce to include home delivery.

Hamilton argued that “Systembolaget’s monopoly and legitimacy is based on citizens accepting the monopoly” and argue that providing improved service would offset calls for a liberalisation of the alcohol retail trade.