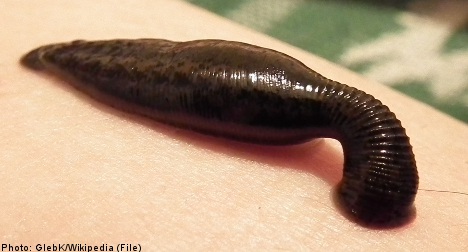 The woman was rushed to hospital in August after her mixed-breed dog unexpectedly attacked her, biting off a piece of her face from her upper lip all the way up to her eye.

Alert relatives made sure to recover the loose chunk of flesh bitten off by the dog and keep it chilled until they arrived at Skåne University Hospital in Malmö.

“She arrived to the emergency room in Malmö in the middle of the night from another Skåne hospital,” said specialist Jens Larsson, who admitted the woman back in August, in a statement.

The injured woman was rushed to surgery while Larsson made a call to specialist Stina Klasson.

“The most important thing was to get blood into the torn off body part, which we managed to do within an hour of the start of the operation,” said Klasson.

The dog had removed the woman’s upper lip, her nose, as well as parts of her cheek, requiring Klasson and Larsson to keep the woman in surgery for the next 15 hours in a desperate and complicated attempt to save her face.

The doctors also employed the services of hundreds of leeches to help assist in the procedure.

“The grower who supplies the hospital with leeches ran out. More leeches had to be flown in from the UK,” said Klasson.

A total of 358 leeches were used in the operation which, with their incessant sucking and blood thinning fluids, helped kick-start circulation in the woman’s face.

Doctors at the hospital consider the procedure a success, although the woman will likely need continued reconstructive operations in the future.

“The results appear to be good. Her whole nose has survived,” said Larsson.

“The patient can breathe, eat, and talk.”

According to the hospital, the operation was likely the first of its kind in the Nordic region and among only a handful of similar procedures performed at other plastic surgery centres around the world.

The woman’s dog has since been euthanised.