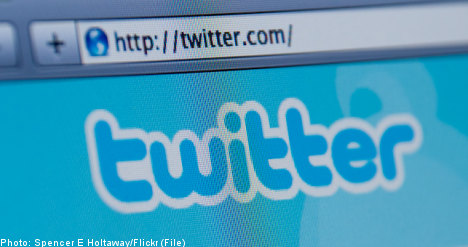 In order to look at mood changes in connection with daylight hours, scientists have spent two years analysing 509 million tweets from 2.4 million people in 84 countries around the world.

Computer software has then analysed the data and graded its emotional content, reading emotional states like enthusiasm, worry, fear, joy and anger.

The study shows that only Belarusians, Moroccans, Indians and people from a few tiny East Asian countries are more melancholy than Swedes when tapping in the 140 characters.

Swedes, Danes and Finns seem to be among the gloomiest bunch, based on the tone of the tweets.

Scientists also found that, based on their tweets, people across the globe tended to wake up in a good mood, which would deteriorate as the day progressed, and that in general, most were happier at the weekends.

“Many lay people who I talked about this said, ‘Of course, people go to work and they don’t have very high positive affect at work,’” said graduate student Scott Golder, one of the scientists behind the study, to CBC news.

“It turns out that this isn’t the whole story. We saw that the shape of the rhythm was exactly the same on Saturday and Sunday when many people are not at work. So clearly something else is playing a role here, whether it’s sleep or biological rhythms,” he continued.

A surprising discovery was that the total amount of daylight hours didn’t seem to make a difference on the mood of the tweeters.

However, a decline in happiness was noted, as the days got shorter, regardless of where on the planet the tweet was sent.

The study was published in the September 29th edition of Science