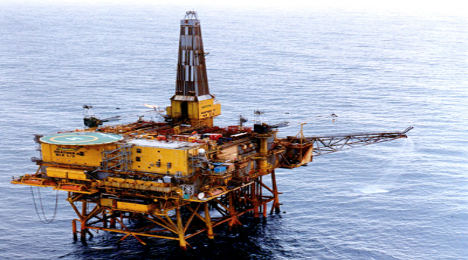 The Avaldsnes oil source was discovered in September of last year and was at the time already seen as a significant boost for the company. It was then estimated to bring between 100 to 400 million barrels of oil, which was later upgraded to between 400 and 800 million. Now, after further investigation, they firm has concluded that it might be as much as 1.8 billion barrels.

“The discovery is likely to be one of the largest five discoveries on the Norwegian Continental shelf and certainly the largest since the mid 80’s and highlights the continued prospectivity of what many viewed as a mature region with limited remaining potential,” CEO Ashley Heppenstall said in a statement.

After breaking the news of the new estimates, Lundin Petroleum skyrocketed on the Stockholm stock market, rising more than 25 percent by lunchtime on Friday.

The find is also a great success for Swedish Statoil Petroleum AS who is a partner of Lundin Petrolium with a 40 percent interest in the license. Maersk Oil Norway AS holds the remaining 20 percent.