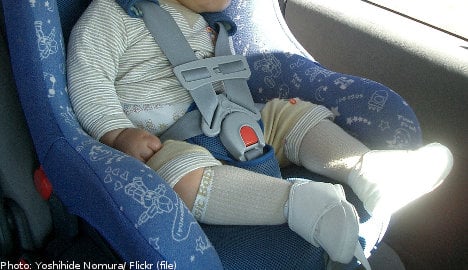 ”Anybody could have been driving that car, any sick individual,” the devastated mother said to local paper Jönköpingsposten.

The mother had left her little girl at her regular daycare centre in Jönköping in the afternoon.

When the centre closed, the girl needed to be transferred to a night time care facility, as the mother was working night.

The daycare centre had promised to deal with transporting the child between the two, but failed to inform the mother that they were planning to send the little girl on her own in a taxi.

According to the paper, the mother is very upset that her child was sent off with a stranger, and travelled unaccompanied in the car.

The head of the daycare centre told the paper that the measure is common practice when children need to be moved from one care facility to the other, but that it is generally only applies to four- and five-year-olds.

All the childcare staff are screened before they are hired, in order to ascertain that they have no criminal record. However, this is not the case with the taxi drivers that are responsible for transporting the children.

Since the matter was brought to their attention, local authorities have decided to change procedures used when transporting children and never let them travel alone by taxi.