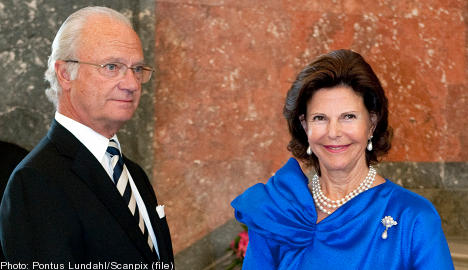 The kings and queens from across Scandinavia, will be joined by the presidents of Iceland and Finland, for the get-together in New York City.

The main event will be an American Scandinavian ball on October 21th, bringing together the kings and queens of Norway and Sweden, the crown prince and crown princess of Denmark, and the presidents of Finland and Iceland, the Norwegian consul in New York said.

The Nordic heads of state will also attend the “Luminous Modernism: Scandinavian Art Comes to America, 1912” exhibition at the Scandinavian House in New York on October 20th.

The exhibition features 47 works by some of the foremost Nordic artists working at the turn of the 20th century.

King Carl XVI Gustaf and Queen Silvia will then move on from New York to attend the Scandinavian Club’s 100 year anniversary in Jamestown.

The royal couple’s USA visit will be followed by Prince Daniel who will begin a four day trip to Washington DC on October 24th.

Norway’s King Harald V and Queen Sonja were meanwhile due to start their US tour on Thursday, with visits to Norwegian-American communities and sites in Minnesota and Iowa before coming to New York, where they were to pay respects at the site where the World Trade Center once stood.