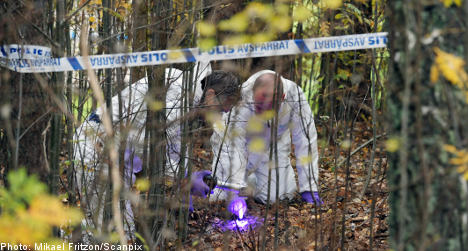 During a Monday afternoon press conference, Kronoberg County police spokesperson Robert Loeffel refused to go into specifics about the nature of police suspicions.

Nor did he release any details about how the boy died.

“Our investigators have worked on the scene all night, after which the boy was transported to Lund where an autopsy was carried out. There forensic experts could conclude that the boy’s death was caused by a crime,” Loeffel told reporters, according to the Dagens Nyhter (DN) newspaper.

“We don’t know what caused the boy’s death or who did it, but we consider the incident to be a murder.”

So far, no one has been contacted about being a suspect in the case.

The boy went missing on Sunday afternoon after having an argument with a sibling at a playground in a residential area of Ljungby near which his body was found.

The boy has a total of five siblings.

A photographer with the Scanpix photo agency described the atmosphere in Ljungby, with few people out on the streets.

“People are terrified here and many don’t dare let their kids leave school,” the photographer told the TT news agency.

Police continue to examine a roughly 300 square-metre area around where the 4-year-old’s body was found.

Police were first notified about the boy’s disappearance about 7.30pm on Sunday night.

Local resident Gun-Maj Lydén described how she was awakened on Sunday night by a large amount of police activity near her home, just a stone’s throw from where the 4-year-old’s body was found.

“We saw how they found something. It was really unpleasant. It was just a small child,” she told TT.

The boy had been missing for five hours when his body was found by a volunteer who had joined police in their search.

Police continue to knock on doors in the area in hopes of getting more information and tips from the public.

“We would obviously like to have more tips from the public,” said Loeffel.

During the press conference it was also revealed that the family had been the target of an investigation by social services following a complaint filed in late August of this year. 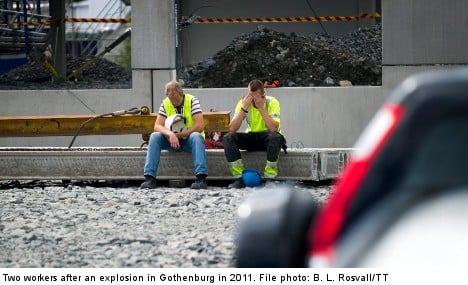