The Falu District Court in central Sweden sentenced the 43-year-old Lars Skoglund from Borlänge to one year in prison for aggravated child pornography crimes.

The verdict comes almost a year to the day that police conducted raids at several locations across the country, arresting more than 20 women.

The raids came following the arrest of Skoglund last September, who was in the possession of 1,181 still shots and 40 films featuring child pornography.

Skoglund then came in contact with the women via internet chat rooms and gradually convinced them to accept files containing child pornography.

The images and films depict children being raped in various ways by adults. In some instances, the children were tied up.

Internet chat messages sent between the women and Skoglund achieve with “good measure” the need to prove that the women chose to accept the images from Skoglund, the court found.

In assessing the severity of the crimes, the court also took into consideration that most of the women, while capable of taking responsibility for their actions, were nevertheless “psychologically unstable”.

According to the court, Skoglund “took advantage of their poor mental states and desire for human contact”.

The women, several of whom had short-lived sexual relationships with Skoglund, did not have large quantities of the illicit material in their possession and thus were charged with lower level crimes.

The court added that, had the women never met Skoglund, most of them would have never come into contact with child pornography.

“If Lars Skoglund had not led their conversations onto the subject of child sex, most of these women would probably never have come into contact with child pornography,” the court found.

Prosecutors had argued Skoglund should be sentenced to a year in prison and that the women should receive conditional sentences.

“I agree that there should be stiff penalties, but it’s a question of judicial policy where the minimum level should be,” prosecutor Niclas Eltenius told the TT news agency before the verdict was announced.

The case has received a great deal of attention in Sweden and abroad because all but one of the defendants were women. 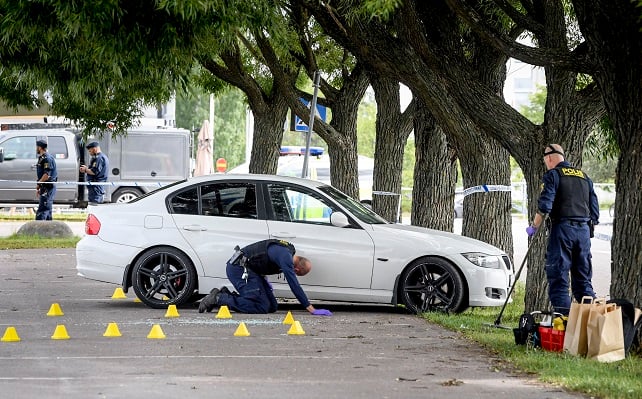 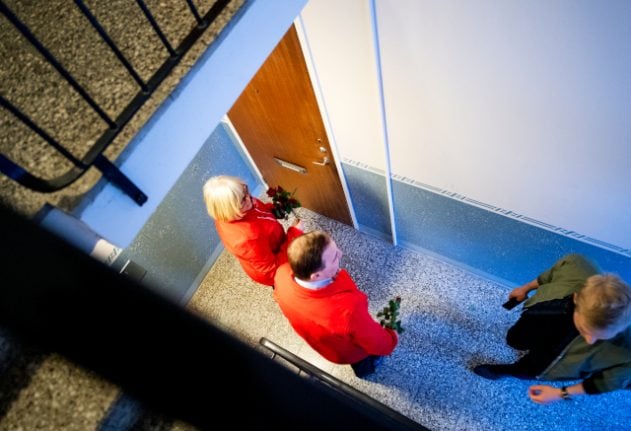 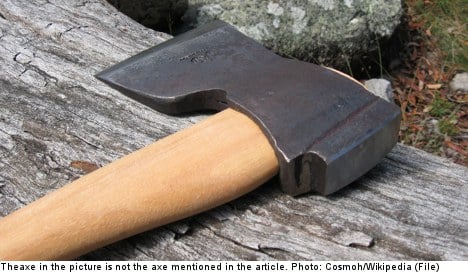 The victim was left bloodied after his back was sliced by the axe following an altercation of some sort which took place in central Borlänge in Dalarna County.

“He was hit in the back with an axe,” duty officer Sven Matzols of the Dalarna police told the local dt.se news website.

“We don’t know exactly what happened.”

Several police cars and an ambulance arrived at the scene of the attack, which took place around 10pm on Monday night on Norrskensgatan in central Borlänge.

The man was then rushed to hospital in nearby Falun where he was treated for his injuries.

While the victim’s condition remained unclear late Monday night, he was able to speak with police and his injuries aren’t considered to be life threatening.

However, he wasn’t able to provide police with many clues about what prompted the attack.

“We didn’t get much new information,” said Matzlos.

Police continued to hunt for the perpetrator throughout the night and into Tuesday morning, but had yet to make any arrests for the case.

According to police, the axe attack, while not fatal for the victim, has been classified as a case of attempted murder. 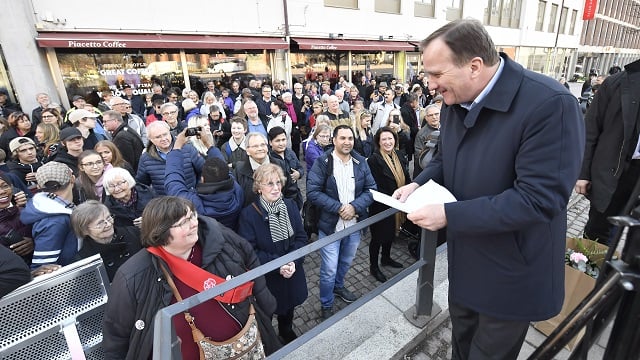 POLITICS
Why Falun is the political centre of Sweden this week 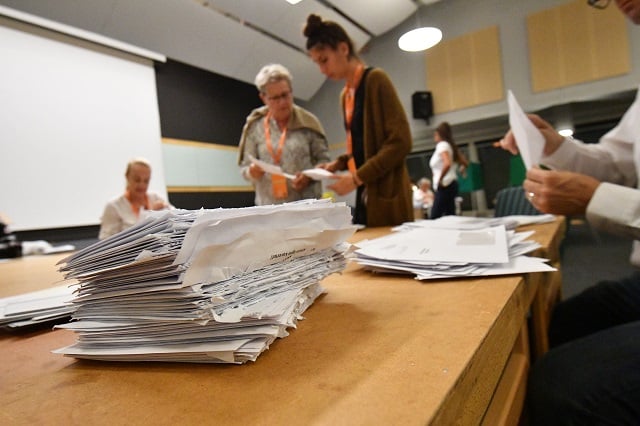