The motivation for the decision not to open up an investigation into the matter was that the presenter protested against what the imam said immediately following the controversial statement.

The decision said that ”the programme features opinions that could be taken as a threat aginst those who have converted from Islam”.

However, due to the responses from the presenter, the Chancellor has decided not to investigate the matter further.

The programme in question was a panel discussion and was broadcast live by SR International’s Somali service.

The initial police report was filed by Erik Johansson, at the Swedish Evangelical Mission (Evangeliska Fosterlands-Stiftelsen – EFS), after friends told him of the imam’s words underlining every Muslim’s responsibility to kill anyone who leaves Islam.

“I received a call from my Somali friends who had heard the programme. I don’t speak the language myself and when they explained to me, I concluded that this wasn’t a message which should be on an SR channel,” Erik Johansson told The Local at the time.

Johansson also contacted Sveriges Radio in order to register his dismay that the item was left available on their website for more than two weeks. Soon after his telephone call the programme was removed from the website.

In a comment to the Christian newspaper Dagen following the report, SR International head Ingemar Löfgren said that he decided to pull the transcript from SR’s website pending receipt of an official translation, pointing out that he is responsible for several channels broadcast in languages which he does not speak.

Erik Johansson told The Local that the journalist had reminded the imam that they were in Sweden, to which the imam had replied that the same rules apply here.

Had the presenter not reacted as he did to the imam’s statements, JK might have investigated the matter further.

”It’s hard to say if we would or not. The statement was based on personal faith and the ceiling is pretty high when it comes to that kind of statement,” said Marcus Agnvall, of the the Chancellor’s office to newspaper Dagen,

After the Chancellor’s decision was made public, Johansson told the paper that SR has worked hard at balancing the controversial programme after the incident and that this is a direct result of being reported for hate speech. 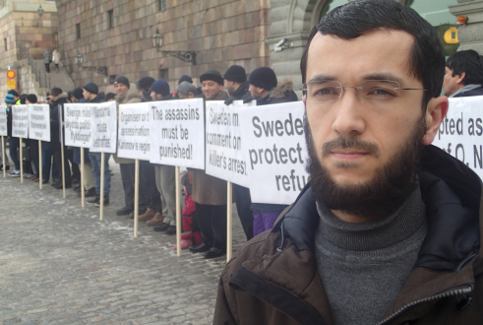