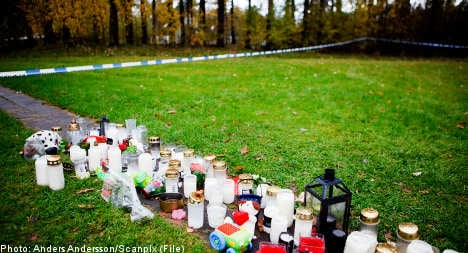 “We have spoken to the driver and he has been removed from the investigation,” police spokesperson Robert Loeffel, of the Kronoberg police, told news agency TT.

The team investigating the crime had appealed for any information about the whereabouts of the red car during a press conference on Friday.

It is reported that following the conference the owner got in touch of his own free will and is no longer considered to be part of the ongoing investigation.

During Friday’s press conference, Loeffel said investigators had already conducted 170 interviews and that more than 30 tips had come in.

Finding the car, which had been spotted by witnesses, was seen to be a priority and therefore, despite the police later discounting its significance to the case, represents a major step forward in the enquiries.

The 4-year-old boy was last seen around 5pm last Sunday at a playground near his home while playing with other children.

He was reported missing around 7.30pm and police launched an intensive search for the boy.

Around 10pm Sunday evening, two young people found the 4-year-old dead in a small wooded area not far from the playground.

The police know the cause of death but have chosen not to make it public. TT has reported that a trustworthy source has said that the police’s hottest theory is that the 4-year-old was killed by another child.

However, police are adamant that there are currently no suspects.

According to Loeffel, the investigation, which is being carried out by some 40 officers, is progressing as it continues over the weekend.

“At present it has top priority and we are putting in all our resources. The image of what actually took place that night is getting clearer,” said Loeffel, unwilling to speculate into whether police will be able to solve the crime.