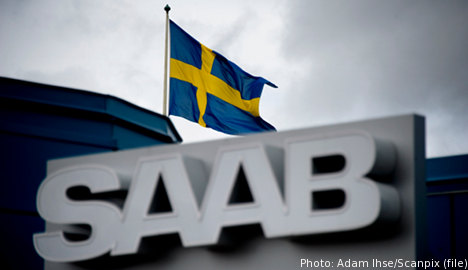 The company wrote in a statement that it had “given notice of termination with immediate effect of the subscription agreement of July 2011, entered into by Swan, Pang Da and Youngman.”

Swedish Automobile confirmed last week that the two Chinese companies, which in July agreed to inject 245 million euros ($335 million) into Saab in exchange for about half the carmaker, had instead offered to buy the whole company.

Swan said Friday it had rejected that offer and that it instead was trying to confirm the July deal.

Late Sunday, it said it had terminated the deal “in view of the fact that Pang Da and Youngman failed to confirm their commitment to the subscription agreement.”

The Dutch firm also lamented that its Chinese partners had failed to honour a deal to provide bridge financing of 70 million euros to Saab while it undergoes a three-month restructuring process that began in September.

According to Swedish daily Svenska Dagbladet, Pang Da and Youngman have meanwhile offered a mere 200 million kronor ($30.4 million) to buy all of Saab.

Swan did not confirm the amount offered, saying only that it was “unacceptable to Swan,” but adding that “discussions between the parties are ongoing.”

Saab’s court-appointed administrator, Guy Lofalk, said after learning the carmaker’s financing had fallen through that he no longer thought the reorganisation would be successful and called for the process and the bankruptcy protection to be halted.

to decide whether to grant his petition.

If it does, numerous requests for Saab to be declared bankrupt, which have

been put on ice during the reorganisation, will be reactivated.

Saab, which was rescued from the brink of bankruptcy in early 2010 when Swan (then known as Spyker) bought it from US giant General Motors for 400 million dollars.

Since then, however, it has traveled an increasingly rocky road, with production at its Trollhättan factory in southwestern Sweden halted almost continuously since April as suppliers stopped deliveries over mountains of unpaid bills.

Before Saab entered bankruptcy protection last month, many of its some 3,700 employees had seen their salary payments significantly delayed for three straight months.