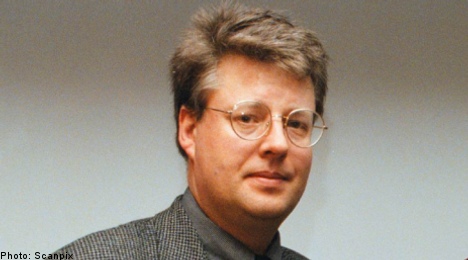 The late-Swedish author was beaten by notables such as John Lennon, Elizabeth Taylor, Albert Einstein and Jimi Hendrix and shares his number nine spot with American actor Steve McQueen.

Larsson, who was a writer and journalist, is best known for his Millennium series, and became one of the internationally biggest selling Swedish authors of the 21st century, with tens of millions of copies sold in more than 40 countries.

Larsson campaigned throughout his journalistic career against extremism and racism and was under constant threat from right wing groups.

He died of a heart attack in November 2004, before the publication of “The Girl with the Dragon Tattoo”, “The Girl Who Played with Fire” and “The Girl who Kicked the Hornet’s Nest”.

The Stieg Larsson books have been filmed in Sweden, and a Hollywood adaptation of “The Girl with the Dragon Tattoo,” (Män som hatar kvinnor) starring actors Daniel Craig and Rooney Mara, is due to be released at the end of this year.