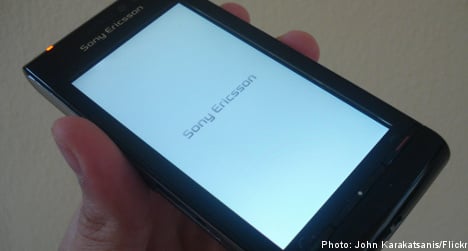 The Japanese-Swedish group was created in 2001, combining the then unprofitable handset operations of Ericsson and Sony to today become the sixth-biggest player in the global market.

In its statement, Ericsson pointed out that the mobile phone market has changed dramatically over the past decade, with focus shifting heavily to smartphones.

Ericsson CEO Hans Vestberg called the 10-year-old venture a “perfect match” at the time, the move to separate was nevertheless a “logical step”.

“We will now enhance our focus on enabling connectivity for all devices,” Vestberg said in a statement, pointing out that the Swedish company aimed to concentrate on the wireless market as a whole, “using our R&D (research and development) and industry leading patent portfolio to realise a truly connected world.”

Sony meanwhile will with the deal secure “a broad intellectual property (IP) cross-licensing agreement covering all products and services of Sony as well as ownership of five essential patent families relating to wireless handset technology.”

The two companies said they would continue working together, announcing they had set up a “wireless connectivity iniative … to drive and develop the market’s adoption of connectivity across multiple platforms.”

Ericsson said the transaction had been approved by both companies but was still pending regulatory approvals. It is expected to close in January, 2012.

“The transaction will result in a positive capital gain for Ericsson which will be defined after closing of the transaction,” the company said.

“This day is an important milestone for Sony Ericsson and smarthphone users across the world,” Sony Ericsson CEO Berg Nordberg said in a statement.

“As a part of Sony, we can take advantage of Sony’s technology, content, and services to develop and improve our portfolio.”

While hailing the past decade’s partnership with Ericsson, Sony president and chief executive Howard Stringer pointed out that the market had drastically shifted since 2001 from focusing on loss-making simple mobile phones to highly profitable smartphones.

The separation from the Swedish company was therefore a logical and strategic step that would enable Sony to more efficiently deliver devices that can connect to each other and open up new entertainment possibilities, he told a news conference in London.

By taking full control, Sony can integrate its smartphone operation with its tablet, hand-held game console and personal computer businesses to save on costs and better synchronise development of mobile devices.

The move comes as Sony’s competitors such as Apple of the United States and Samsung Electronics of South Korea forge ahead with closely coupled strategies for smartphones and tablet computers.

Analysts say the move would help accelerate Sony’s efforts to push its vast library of content through its game consoles, smartphones and tablet computers to face up to competition from Apple’s iTunes and App store.

“The transaction gives Sony an opportunity to rapidly integrate smartphones into its broad array of network-connected consumer electronics devices — including tablets, televisions and personal computers,” Stringer said in a statement.

By the third quarter this year, touch-screen smartphones accounted for 80 percent of the joint venture’s sales.

Thursday’s announcement followed weeks of rumours Sony was looking to buy out Ericsson from the joint venture and analysts said they were not surprised, with the terms in line with expectations.

Canalys analyst Pete Cunningham said the deal in fact was “the only feasible option.”

“If nothing had happened, Sony Ericsson would most probably have died in the next 18 months due to problems it has had to differentiate its handset products,” he told Dow Jones Newswires.

“With the acquisition, Sony now has all components to compete directly with Apple and Samsung,” he added.

Investors responded positively to the news, with Ericsson’s share price closing up more than 4.0 percent, in line with the overall Stockholm stock exchange.