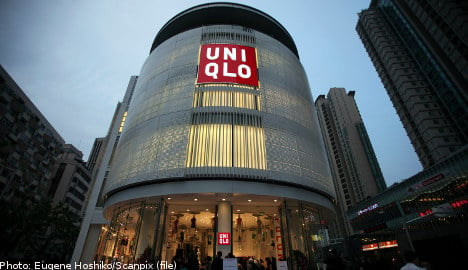 ”We have been contacted by Uniqlo. They are interested in Stockholm and several other large cities in Europe, like Berlin and Paris, ” Fredrik Tellefsen from international property consultancy firm Jones Lang Lasalle, in Stockholm, confirmed to daily Dagens Nyheter (DN).

According to the DN report, Uniqlo is owned by Fast Retailing, and is the company’s largest clothes chain.

The company is in an expansion phase and is planning to open between 200 and 300 Uniqlo stores per year, according to the strategy that the management presented in September.

Today the concern has close to 80 percent of its turnover in Japan but the goal is to expand operations so that 80 percent of sales take place outside of the country.

The CEO for the US and European branch of Uniqlo, Nobuo Domae, said last week to French daily Le Figaro that they are aiming to open 10-20 Uniqlo stores in Paris as soon as possible.

But going from property hunting to store opening can be a lengthy process, according to retail property expert Tellefsen, who told DN that the process could take between 6 months and a year.

Finding the right location in the heartland of Swedish shopping district; Drottninggatan and Biblioteksgatan in Stockholm, is not an easy task.

DN couldn’t get Uniqlo to confirm their plans to open in Stockholm, but were told that the company is ”continuing to looking into the possibility to open up new shops in new cities, as well as in the cities they have already established their presence.”

According to the informations department at H&M, it is company policy not to comment on competitors but to continue to concentrate on their own activity.