“There’s no one who really understands the move,” the King told the Swedish financial daily Dagens Industri (DI).

The interview was conducted after Papandreou first announced he would put the eurozone settlement to write down Greece’s debt to a national referendum, a move which raised concern in the markets and among European leaders.

“I think we’re all concerned, of course. That’s the big question and for the most part people are trying to understand what’s going on – and this last round – yeah, there are very few who understand,” the King told the newspaper.

The King also expressed his concerns about the speed with which the Greeks would be able to organize a referendum, questioning whether or not it was fair of Papandreou to keep the entire global economy in a state of uncertainty.

“How long does it take to arrange a referendum? Some say it will be two months. Two months! Should the economies of the world – and especially in Europe – be made to wait? That’s not possible,” he said.

Following the interview, which was conducted on the margins of the King’s annual elk hunting trip in Halle-Hunneberg in western Sweden, Papandreou backed down on his proposed referendum and is set to face a confidence vote in parliament on Friday.

While King Carl XVI Gustaf is Sweden’s head of state, his political functions are limited serving as the chair of the Committee for Foreign Affairs (Utrikesnämnden), a body which is used to inform the King and opposition political leaders about government affairs.

According to Stockholm University political scientist Olof Ruin, the King’s comments on the situation in Greece were out of line as he shouldn’t make political statements.

“He shouldn’t speak out about the referendum as a means, then he’s gotten too far into the details,” Ruin told the Aftonbladet newspaper.

“He’s gone into a discussion about whether it’s good or bad to have a referendum and that’s going over the line.” 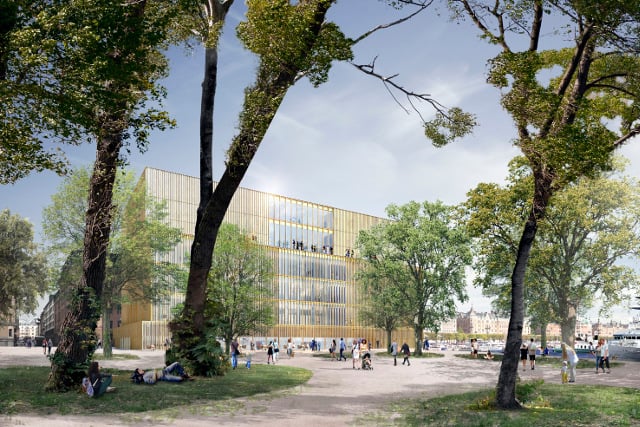