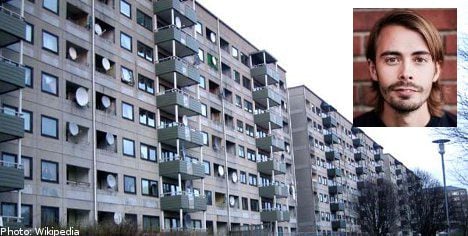 The story of my group of friends is not unique among those groups of friends raised in a “million homes” area (miljonprogrammet, referring to the one million homes that were built in the 60s and 70s to house Sweden’s increasing population).

We were six, all born in Sweden, or arriving as toddlers. All except myself hold university degrees, and Sweden has thus invested in our healthcare, pre-school, elementary school, high school and university.

Now half of us are gone, emigrated. For a while I was the last one left, but two have returned. The other three will most likely stay outside Sweden’s borders and thus be resources lost to our society.

They are Swedes, but were never viewed as such. At least not in the same way as other Swedes. At least not by others. It led to a complex self image, but above all to the situation that they didn’t get the jobs they, according to all statistics, should have got considering their academic achievements.

We in Sweden have long sought to simplify the higher unemployment rate among immigrated citizens, an issue which has resurfaced after Statistics Sweden’s (Statistiska Centralbyrån – SCB) labour market report for the second quarter that was released recently. I would argue that this is a form of discrimination which has much more to do with where you live than what has been admitted.

In Botkyrka municipality, south of Stockholm, this becomes apparent if you compare the areas Fittja and Tullinge.

The figures show that while international background plays a part, where you live is at least as important.

It is unsustainable that Swedes are treated differently and many times disrespectfully because of their national and international roots. The effect of this won’t be any London riots. The effect will be that people will close up shop and leave.

The contempt isn’t as explicit here, and when for example a police officer calls someone in Rosengård (an area in Malmö with a high percentage of immigrants) “apajävel” (litterally “damn ape”) it results in a form of hullabaloo that signals that society doesn’t accept contempt. That makes it difficult for violence to escalate.

But to exclude people from the jobs market because they are who they are, is also a form of contempt. And no one puts their foot down against that.

When there are no signs indicating change, many will look to the alternative of finding a society that suits them better. My friends who’ve moved abroad have stayed there much because they are seen as resources there, in countries as diverse as Chile, Italy and China.

In a clip SVT news programme “Aktuellt”, broadcast in connection with the SCB report they interviewed a guy from Rinkeby (one of the “million homes” areas outside Stockholm). I will never forget his words: “I want to make Rinkeby a better place. Try to make people understand that we are just like everyone else, and can get jobs like everyone else, like ordinary people.”

Ordinary people. Should he have to take responsibility to be seen and treated as an ordinary human being? Or should those with power over his life by having the opportunity to hire him do so?

For me the answer is obvious. Because I have a sound view of human beings, but also because I have a knowledge of basic maths and I can read forecasts. Such as the one from SCB which shows that almost 10 percent of Sweden’s population in the year 2060 will be older than 80 years, compared with slightly over five percent today. All this during a prevailing population increase.

If we don’t all copulate freely we will surely need to increase immigration during the coming half century. And if we can’t even get the ones that have immigrated to stay, how will we then get others to want to come?

There is no alternative. We have to change our approach now.

Carlos Rojas is a journalist and the founder of an initiative which aims for change in the “Million homes” areas of Swedish cities. He was also one of the founders of prize-winning magazine Gringo which had some impact in the Swedish debate in the mid-2000s.

This article was originally published in Swedish in the Aftonbladet daily. English translation by The Local.