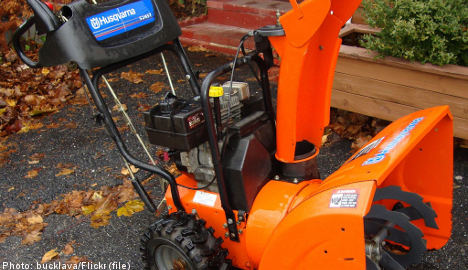 ”We haven’t had this little snow in Sweden at this time a year since 1905 when they started to measure snow depth,” said Per Stenborg, meteorologist at Sveriges Television (SVT).

Right now only a small area of north western Sweden has snow, and only a thin cover at that.

According to Stenborg, in 1953 Swedes were forced to wait for winter until November 8th, but this year, that date sailed by and still most of Sweden is green.

In Talma Sami Village, north of Torneträsk in the municipality of Kiruna there is no snow to be seen.

”We don’t have a millimetre of snow, it is one degree celsius and the sun is shining. It’s like spring,” said reindeer herder Nils-Anders Blindh to TT.

Kristina Hotti of the Sami Parliamnet (Sametinget) has no recollection of a complately green reindeer grazing area in November.

”I heard one of the older members of the community say that it had ocurred some time in the 1950s. Then the snow stayed away until after Christmas,” she said.

However, this is not bad news for everyone. Swedish reindeer herders are hoping that an easier access to food for the herd will mean heavier animals. Not having to get the snowsccoters out of the garage also means a less expensive season.

”The shorter the winter, the better it is for the deer. This year they have already had an extra month when they don’t have to dig for food,” Blindh told TT.

In Kiruna in northern Sweden, the local authorities are also saving money at the moment as the usual snow clearance bill will be lower than normal, although generally it evens out over the course of the winter season.

According to Christian Wallgren of the local council, snow removal is usually contracted out to a local contractor.

”He is probably doing a snow dance even as we speak,” said Wallgren.

This might be needed, as meteorologists can’t promise that Sweden will see winter anytime soon.

“If by winter you mean snow and minus degrees during the day you’re in for a wait,” said Stenborg at SVT.

“It’s going to get a bit more chilly, but winter – no, not for a while longer.”