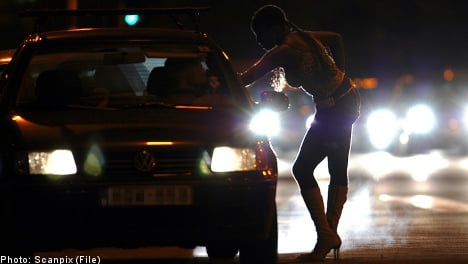 “Sweden has done a really admirable job and even organizations like CENESEX (Cuban National Center for Sex Education) and the Federation of Cuban Women would like to emulate the Swedish experience,” said Castro, daughter of President Raul Castro, in an interview posted on YouTube on Thursday.

Castro made her remarks following a trip to the Netherlands, where she visited Amsterdam’s infamous Red Light District.

The sixth Cuban congress on Sex Education, Sex Therapy and Sexual Orientation would take place January 23-26, and according to Castro this would be “a very good opportunity to relaunch the debate on prostitution.”

Some 100,000 prostitutes worked in Cuba before the 1959 revolution, according to official figures.

Following a fierce crackdown by the Castro regime, prostitution reappeared with the severe economic crisis that hit the island following the fall of the Soviet Union.

The 49-year-old sexologist, who heads CENESEX, said that “the Dutch experience cannot be replicated” on the communist island, but stressed that Cuba “is considering implementing the Swedish approach, which since 1999 has penalized the client and decriminalized the sex worker.”