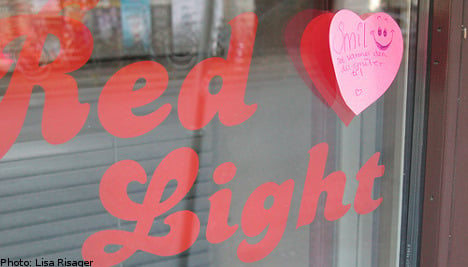 It is furthermore legal to purchase sex services in Denmark, whereas the practice was outlawed in Sweden in 1999.

Copenhagen, just a short hop by train over the Öresund bridge from the Swedish city of Malmö, is a popular destination for southern Swedes looking for sex, according to a survey which is set to be published on Friday in a report from sex advice groups.

The survey, undertaken by National Association for Sexuality Education (RFSU) and the Swedish Federation for Lesbian, Gay, Bisexual and Transgender Rights (RFSL), that 56 percent of the 457 people, mostly men, who responded to the survey said that they have had sex with someone who lives in Denmark in the past year.

Furthermore 22 percent said that they had had a relationship.

The sex advice groups pointed out that the risk of being infected with HIV and other sexually transmitted diseases (STD) is considerably higher on the other side of the Öresund.

One further conclusion in the report is that men who have sex with other men are even more exposed to HIV and STDs and that special attention should be given to this group in any precautionary advice and measures taken to combat infection.

The survey also confirms previous studies about the heightened risks of sexual liaisons while overseas.

“The statistics speak loud and clear. They show that in regards to foreign infections in Skåne then Denmark is at the top of the list, among other things for HIV,” said Emma Skarpås at RFSU Malmö in a statement.

The report is set to be presented at a seminar in Malmö on Friday.