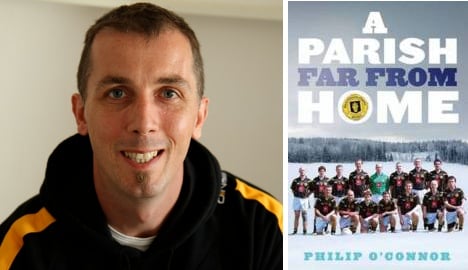 Since arriving in Sweden in 1999, Irishman Philip O’Connor has been busy as a journalist, writer, public relations consultant, and entrepreneur.

Along the way, he also helped found a Gaelic football club, the Stockholm Gaels.

O’Connor also wrote a book about the Stockholm Gaels entitled “A Parish Far From Home” which has been nominated for two awards back in Ireland.

Before heading off to Dublin for the November 17th awards ceremony, O’Connor spoke with The Local about his life in Sweden and how Gaelic football played a part in the transition.

TL: Can you briefly describe Gaelic football for the uninitiated.

PO:It’s like a combination of soccer and handball – tough and physical, well-suited to the Scandinavian mentality and taste.

TL: How and why did you come to Sweden?

PO: I moved here in 1999 with the girl who would later become my wife. She wanted to move home for “a year or two”…twelve years on I’m still here!

TL: What was the most challenging thing about the transition, professionally speaking?

PO:Ireland and Sweden are polar opposites – everything in Ireland seems to happen much quicker and with little regard for formalities, whereas in Sweden things are much more thorough. Every option is weighed up and examined before the best course of action is chosen. That for me was a massive issue, as I have no patience whatsoever.

TL: How long did it take you to feel like you have found your feet career wise?

PO: Anything from six months to ten years! I was working pretty soon after I arrived, but I only got to where I really wanted to be two years ago when I started my own communications company. That said, I’m glad it took so long because I now have a much broader network and understanding of how things work here.

TL: Did you ever expect when you arrived that you’d be doing what you are doing now?

PO:I hoped so, but you never know. I had done a lot of work in the PR end of the music business in Ireland and I ultimately wanted to work in communications, but qualifications are very important in Sweden, and even though I had the experience I didn’t have the papers. True to form, as soon as I got them things started moving and now I’m exactly where I want to be.

TL: How did the Stockholm Gaels come into being?

PO: Ever since I moved here I was desperate to play Gaelic football again, both for the social as well as the sporting aspects. After years of waiting for someone else to do it, I decided I’d have to do it myself. I quickly came into contact with Colin Courtney, who had the same idea, so we pooled our resources and went on from there. At our first training there was seven Irish guys and an Aussie- two years later we have around 50 players and a ladies team that consists of many Swedes who have recently started to play.

What makes Gaelic football so special for you?

It’s an essential part of my upbringing, where I come from it’s part of what defines you and your community and it has become the same thing in Stockholm.

TL: How did founding the Stockholm Gaels affect your experience in Sweden?

It has improved it immensely, and not just for me- my children (who are 7 and 5) now meet their Swedish-Irish friends much more regularly for starters. We’ve also done things in a very Swedish manner- completely by the book- and gotten a brilliant insight into how things work in the country as we went along. I’ve also been privileged to share the journey with an awful lot of really talented people too.

TL: How has being involved with the club added to your experience of being an expat Irishman in Sweden?

PO: It has given it a breadth and a depth I could never have imagined. I have always loved life in Sweden – I speak the language fluently, follow all the sports here and I could count the number of days I felt homesick on the fingers of one hand. But getting together with your countrymen and others, Swedes and non-Swedes, and building something like this just cannot be bettered. It also gives us something beautiful to pass on to our children.

TL: When did you first get the idea for your book?

PO: I think the story of the Irish abroad is particularly pertinent at the moment, as the economic situation there means that once again people are being forced to emigrate. Games like Gaelic football and hurling are a hugely important part of our culture and we try to take them with us wherever we go; that they now exist in places like Stockholm, Gothenburg and Malmö is a testament to that.

It’s also great to give Swedish people an insight into who we are as a community, even if we’re not that large; people have a lot of preconceptions about Ireland, but we have so much more to offer than whiskey and [Eurovision Song Contest finalists] Jedward.

TL: What was your reaction when you learned your book had been nominated for these awards?

TL: What’s next for you?

PO: I’ll be editing a new magazine and continuing to cover sports in Scandinavia for the Reuters news agency. I have a couple of novels on the go but at the moment I can’t find the time to finish either of them.

TL: What’s next for the Gaels?

PO: We’ve had another successful season. We defended our Scandinavian crown but we didn’t really do ourselves justice when we played in Europe. The guys from Malmö and Gothenburg will be raising their game next year to try to knock us off our perch, but our aim will be to win Scandinavia and then go on to show Europe that the best Gaelic footballers outside Ireland are based right here in Sweden.

I also want to introduce Gaelic football and hurling into schools here in Sweden, combining it with English classes and giving kids a chance to learn about Irish culture and maybe even travel there to play.

Legendary Irish broadcaster Micheál ó Muircheartaigh wrote in the foreword that he’d like to see the Stockholm Gaels play in Croke Park, an 82,000 seat arena that is home to the Gaelic Athletic Association, and no-one would love that more than me.

TL: What is your advice to other expats who are struggling to ‘find a home’ in Sweden?

PO: Learn the language as fast as you can, and get out and meet people, because they won’t come looking for you. We welcome everyone of all nationalities into the Gaels, but we don’t babysit anyone – we’ll help you as much as we can but in the end you will only really enjoy Sweden has to offer if you establish your own independence here.

It’s easy to hide away, especially in the winter, but in doing so you limit yourself. So use everything you can – sports, theatre groups, social networks – to get in with fellow expats here. 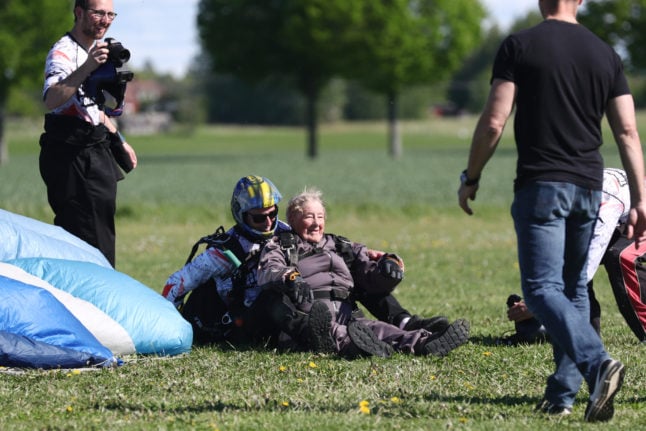