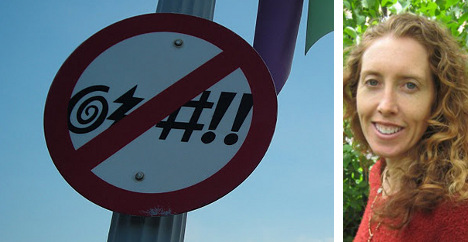 Where I come from, it’s not appropriate for a six-year-old kid to swear.

Not only does it sound jarringly offensive, but it reeks of too little adult influence in a kid’s life. At least this is the assumption that I started with when I came to Sweden.

It’s possible that some approximation of the following sentence may have come out of my mouth in another life (a.k.a. before kids): “I can’t believe people let their kids swear. I can’t imagine just letting something like that go.”

But, to paraphrase my own favorite parenting mantra, everything I said I’d never do—I’ve done it. It’s a slight exaggeration, but not by much.

While there are definite weaknesses in my parenting style, I think I’ve been pretty successful holding the line on things that I feel are important.

And, until recently, I would have thought that swearing was one of them.

I’m going to have to blame this one on the Swedes. Why? Let me give an example:

My son – whom we’ll call Erik – and his non-English speaking friend “Magnus” are glued to the television set, playing their favourite driving game, Paradise Burnout.

Magnus is driving, and Erik is supposed to read the map and tell him where to go. This partnership is not going so well.

For starters, both their grasps of “right” and “left” are tenuous at best, and second, Erik isn’t strategic enough to give Magnus enough warning for turns.

“Sheet!” says Magnus. He missed the turn and crashed into a wall.

My first instinct is to discipline Erik for swearing.

On the other hand, if it’s perfectly acceptable for Magnus to say this around adults (and it is—no one even reacts), why shouldn’t it be okay for Erik?

It appears to me part of this nonchalance about English curse words stems from Sweden’s ongoing romance with the English language.

“Sorry,” says a woman who bumps into me on the subway. In English. And I haven’t uttered a word to let her know that I am, in fact, and English speaker.

“Yes?” asks the cashier at the restaurant when I order.

In fact, I’ve heard American ex-pat friends complain about how hard it is for them to learn Swedish—everyone just switches over to English right away.

But, like anyone swept up into a budding romance, many Swedes have jumped right in with an astonishing lack of perspective, toying with the language in a way that, in retrospect, may feel a little rash and ridiculous.

This odd mesh of words was plastered over signs, floor-to-ceiling posters and ads… but what does it mean? Some marketing team, tapping into a Swede’s love of English, created what sounded to them like a catchy slogan.

Didn’t it occur to them to check with a native speaker? I mean, if I were considering printing millions of bags with my catchy Spanish slogan that I (a non-native) made up, I think I’d check to make sure it makes sense.

But back to Erik’s swearing—can I really expect him to take up the same David vs. Goliath battle about hearing and using English from an American perspective?

Because it’s more than just teaching him to use English correctly. Am I, in fact, asking him to choose his cultural identity?

I’ll state another obvious point: swear words are just words—it’s the people that connect meaning to them.

I know what mierda means in Spanish, for example, but hearing it out of my kid’s mouth wouldn’t cause the same internal reaction on my side.

In fact, it sounds funny and almost cute.

That must be what sheet sounds like it a Swedish parent.

And, because my son is growing up in Swedish society, that must be what it sounds like it him.

So our household has come to a compromise. When speaking English, the word shit is still off limits.

However, when speaking Swedish, Erik, like his friends, may freely use sheet.

Because, now that we’re in Sweden, I’ve decided it’s my cultural perception that has to adjust, not his. 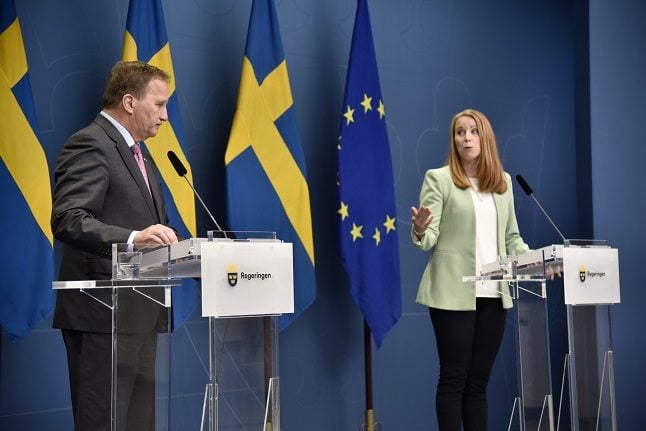