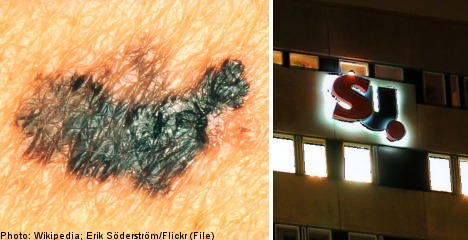 The hospital instigated the retesting after it became known that a hospital pathologist had missed a high number of skin cancer diagnoses over a period of several years.

So far, 117 cases that should have been diagnosed with cancer by the pathologist in question have been detected, 59 of which are new discoveries.

But six weeks after the hospital has received the new results, some patients have still not been notified according to dermatologist Helena Gonzales.

In an opinion piece in local paper Göteborgsposten (GP) she criticizes the hospital management’s actions:

”The dermatology department has been asking about the identity of theses patients in order to start treatment as soon as possible. How can such a delay occur, considering what has happened previously?”

”It is highly unfortunate that there’s been a delay,” head physician Mats Tullberg said to news agency TT.

But according to Tullberg the analyses were carried out in the UK and need to be both translated and adapted to Swedish classifications before being revised by pathologists and put into the system.

”It’s this process which is taking longer than we anticipated, which we are sorry about. It is unfortunate and not according to plans, but we are working as quickly as we can,” said Tullberg.

Hospital staff are busy trying to process the 59 new cases. They are hoping to have contacted all those affected within three weeks. So far they have been in touch with about half.

”We are contacting them one by one and at the same time we also arrange for a check-up at the clinic, sometime as quick as the next day,” Tullberg said.

The hospital is also working to make sure that the mistakes made by the pathologist won’t happen again.

The 2,580 tests carried out by the pathologist are all being revised. About 150 remain to be analysed.

The Sahlgrenska University hospital is also waiting on the results from the investigation carried out by the National Board of Health and Welfare (Socialstyrelsen), according to Tullberg.