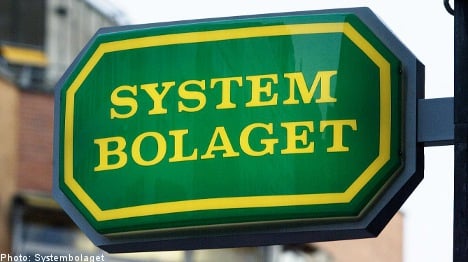 Swedish temperance society IOGT-NTO has reported a string of wine clubs operating in Sweden to the Economic Crime Authority (Ekobrottsmyndigheten), alleging that they are “running illegal trade in alcohol over the internet”.

“While only Systembolaget is permitted to retail alcohol, these companies have opened a fully-fledged sales operation on the side. That is why we have filed this report,” said Anna Carlstedt at IOGT-NTO in a statement.

But one of the ten firms named in the police report, Antipodes AB, which runs the Australian Wine Club, has responded angrily and accused Systembolaget of having been behind the report.

“We have told the prosecutor that this is completely without foundation. We are completely legal under Swedish and EU law. The only reason this is happening is because Systembolaget has worked with IOGT-NTO on this,” Antipodes CEO Mark Majzner told The Local on Monday.

Majzner argued that the report is an attempt by Systembolaget to force a competitor out of business.

“They want to stop us so that they themselves can launch home deliveries. That is the only reason. That Systembolaget as a commercial player uses IOGT-NTO against its competitors is nothing less than a scandal,” he said.

But while IOGT-NTO has said that it cooperated with the Systembolaget in framing the report, the monopoly has rejected claims that it helped to frame the report.

“We have not been involved in the writing of the report. We have not taken part in this police report,” said Systembolaget’s press spokesperson Lennart Agén to The Local on Monday.

Agén added that while Systembolaget is in continual contact with the temperance society on a range of issues and that they knew about the report in advance, he denied that they had conducted a dialogue on this particular issue.

In an later email to The Local, Agén confirmed that the Systembolaget and IOGT-NTO conducted “a dialogue on this particular issue”.

Since the so-called Rosengren case in the European Court (ECJ) in 2008, Sweden has been obliged to allow individuals to import alcohol into the country without themselves having actually transported it over the country’s borders.

This in practice has led to a clutch of players who offer selections of wine to private customers in Sweden for home delivery and means in practice that they act as transport firms.

But Gazel Casselborg, a lawyer representing IOGT-NTO, argued that the wine clubs are more than mere transport firms.

“They are running illegal commercial mediation operations,” he claimed, explaining that the business has been allowed to flourish due to a lack of clarity over which state authority has the job of controlling the firms’ activities.

Lennart Agén at Systembolaget meanwhile argued that the firm believes that there are a number of players in Sweden which do not operate according to the alcohol laws.

“Of the 60-70 firms operating in this market, I think that there are a number who don’t run legal operations and the IOGT-NTO report is aimed at shedding light on this question,“ Agén told The Local.

But Mark Majzner argues that his business is perfectly legitimate and with his firm paying in over one million kronor ($145,000) in alcohol taxes per month on behalf of his customers, he argues that the secret to the Australian Wine Club’s success lies in its product.

“Everyone working in this market works with wine costing 100 kronor and up – there is no money in cheap wine. What I fear is the health effects when Systembolaget starts offering home delivery of cheap wine and booze,” he said adding that his firm plans to pursue legal action in Sweden and in Brussels.