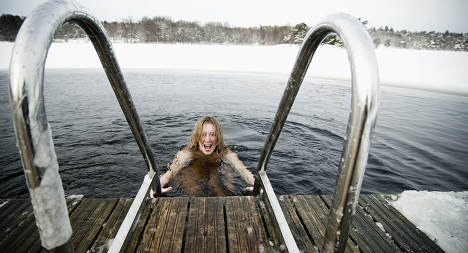 When silky white snow coats Sweden’s vast landscapes — from its mountains and wilderness in the north to its southern region dotted with lakes — you get to experience a whole new rugged side of the country.

So this makes winter a particularly good season to explore Sweden. In addition to avoiding larger crowds and enjoying more affordable deals on lodging and transportation between November and April, you also get to enjoy unique outdoor activities that are native to the subarctic and Arctic regions of Scandinavia such as dog sledding, moose and reindeer safaris, searching for the Northern Lights, and learning about indigenous Sámi history.

While winter provides opportunities to try a slew of adventure activities, for the less outdoorsy travelers, there are also many events — from Christmas markets and winter festivals to relaxing saunas — to enjoy all over the country.

Here are 10 reasons to consider spending your winter in Sweden, with links to additional resources to help you start planning your trip.

Did you know that there are about 200 ski resorts in Sweden? From resorts around the popular ski village of Åre in central Sweden to ski facilities in Dalarna, Jämtland, Härjedalen as well as Swedish Lapland, there are hundreds of places where you can hit the slopes. The most popular downhill skiing slopes can be found around Åre, which is 1.5 hours by plane from Stockholm (660 km). Åre hosted the Alpine World Championships in 2007, and provides a myriad of courses from off-piste slopes to easier downhill slopes and family-oriented bunny runs.

Safaris aren’t limited to tracking the “Big Five” in Africa. During winter, you can enjoy several safaris that take you through Lapland’s wilderness, forests, and tundra regions to find Sweden’s own “Big Six” — moose, wolverines, wolves, brown bears, lynxes, and musk oxen. Companies such as Kiruna i Norr offer safaris around Laukkuluspa, close to Kiruna, Sweden’s northernmost city. On tour, you get to travel along the frozen Kalix River, keeping your eyes open for hoof prints and animal droppings while in search of various Arctic wildlife.

3. Sleep in hotels and igloos made of ice

For a long weekend, you can head up to Jukkasjärvi, close to Kiruna, to bed down in the world’s first ice hotel. Opened in 1990, the ICEHOTEL is rebuilt every year based on designs from various artists, using ice blocks made from water collected from the Torne River.

Sip chilled vodka (or fruit juice if you prefer) from frozen ice glasses served in the Absolut Ice Bar, take in elaborate sculptures carved from ice, or even get married in the Ice Chapel. The hotel also offers winter activities you can enjoy in the surrounding area.

If you want to sleep closer to nature, try the natural igloo carved by the frozen waters of Sweden’s strongest waterfall, Tännforsen. When the waterfall freezes, it forms a natural labyrinth of caves and ice formations, and the igloo is built from this. Located along the edge of Lake Skabram just outside of Jokkmokk, you could also learn to build as well as sleep in your own igloo at the Arctic Igloo Village (Illua).

For those willing to brave the cold on clear crisp winter nights, you may be rewarded with one of nature’s most spectacular displays — the Aurora Borealis (also known as the Northern Lights). These light curtains of green, red, and purple often dance across the sky during from October to March and, depending on weather conditions, can be viewed from anywhere in northern Sweden.

But the best location for viewing the Northern Lights is Abisko National Park north of Kiruna. This is due to the presence of a famous "blue hole", which is a patch of sky over a lake in Abisko that usually remains clear despite overcast weather in surrounding areas.

With roughly 20,000 indigenous Sámi living in Sweden, enjoy one-on-one cultural experiences by learning about one of the oldest cultures (at least 10,000 years) on Earth.

Spend a few days in the village of Jokkmokk during early February when the 400+ year old Jokkmokk Sami market is in full swing; from reindeer races and traditional fashion shows to sampling reindeer, moose, and other dishes as well as watching the reindeer caravan procession led by Sámi elder Per Kuhmunen.

In addition to the market, you’ll find the Ájtte Sámi museum, Sámi Duodji, which is a cooperation of local artists and exhibition of various Sámi artisan works, the Sami Education Center, and Restaurang Samernas where you can sample and learn to cook traditional recipes like dried reindeer soup.

6. Drive your own dog sled

Dog sledding is one of the high energy and exciting winter activities around Swedish Lapland and the Arctic Circle as well as the spectacular mountain regions of Padjelanta and Sarek National Parks in Laponia.

Many companies run several dog sledding tours from daytrips to multi-day expeditions with Siberian Huskies. Dog sledding through the wilderness gets you closer to Sweden’s natural beauty and you may just spot wildlife as well as the elusive Northern Lights while on an expedition.

Snowshoeing is like hiking, except you have to wear special shoes for trudging through several feet of compact snow. You can go snowshoeing along the Kebnekaise mountain range and foothills of Mount Kebne in Swedish Lapland, or along Kungsleden ("King’s Trail") located 200 kilometers inside the Arctic Circle. There are several mountain cabins to stay between treks which can be as long as 10-20 kilometers from cabin to cabin.

For the more adventurous travelers, you can go hiking in Sarek National Park where trails are more demanding and you’ll need to put your igloo-building and winter camping skills to the test.

Winter in the mountains

If you’ve never gone fishing before, now might be the time to drill a hole through a frozen lake to catch fish such as Arctic char, trout, salmon, pike, perch, grayling, and whitefish.

There are thousands of lakes as well as rivers all over the country — from Skåne and Gothenburg to Dalarna, Västerbotten, and Lapland — where you can try your hand at ice-fishing.

Traditionally, once you drill a hole in the ice large enough for your bait, you then lie on reindeer skin placed on the ice and look through the hole at often crystal clear waters to see your bait and unsuspecting fish swimming by.

Paradise for the angler

Get off the well-worn road and try an invigorating ride across the frozen Kalix River, Lule River, or Torneträsk in Swedish Lapland.

Snowmobiles are quite easy to navigate and don’t require the level of endurance that skiing or backcountry snowshoeing demand, making them ideal for families who want to explore the wilderness and tundra of Lapland. You can fly into Luleå and spend a few days on a snowmobile expedition that takes you through forests, across frozen lakes and rivers, and up mountains.

Experiencing the wilderness by snowmobile

If you’d rather stick to bustling city life, be sure to check out some of Sweden’s classic Christmas markets in Stockholm, Gothenburg, and Malmö.

Stockholm’s Gamla Stan(Old Town) comes alive during winter with the sweet smell of warm glögg (mulled wine) and pepperkakor (gingerbread cookies) wafting through the air, and rows of stalls filled with handicrafts, toys, Christmas decorations, and seasonal food items like smoked meats, jams, and candy. You can also try your hand at traditional candle making as well as peruse the market at Skansen — the world’s oldest open air museum.

In Gothenburg, you can enjoy the largest Christmas party lit up by 5,000,000 (yes, five million!) lights at Liseberg Amusement Park.

And in the far south of Sweden, starting the last Sunday in November, over 800 shops in Malmö put out window displays in what is known as "Shop Window Sunday". It's a visually impressive mix of sparkling lights, decorations, vibrant bursts of color, and everything else that creates that special Christmas holiday feeling.