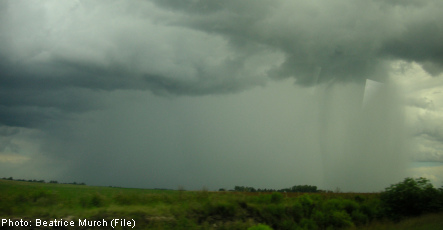 ”We’ll get an area of rain and strong winds. It will be windy but not of the same calibre as yesterday,” said Emil Björck, meteorologist at the Swedish Meteorological and Hydrological Institute, SMHI, to daily Aftonbladet.

Forecasters are predicting a Tuesday characterized by mild weather, followed by strong winds hitting the region by Wednesday. This time, cooler temperatures might mean that the precipitation will arrive as snow, the first flakes of the winter for most parts.

”There’ll be gale force winds around Gotland and the west coast, or really along the entire coastline. Inland the winds are probably only going to reach eight or nine metres per second,” said Björck to the paper.

According to SMHI, behind the windy weather is cooler temperatures moving up over the country, with rain or sleet in the south and snowfall further north.

According to Björck, there is a noticeable change in the weather, from the lingering mild autumn Swedes have so far been experiencing this season.

”The weather is changing and we are now experiencing low pressure areas moving over the region, which will probably continue over the next ten days,” Björck told Aftonbladet.