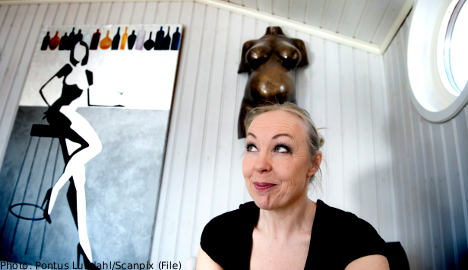 According to the paper, Thompson will function as headmistress of the Austrian International School of Sex (AISOS) in Vienna, which will open its doors to students in mid-December.

The school is offering five basic courses, as well as intensive courses and weekend seminars for those who feel they need extra tuition. The minimum age to enrol at the school is sixteen.

According to the school’s website, the AISOS courses will cover both theory and practice, with an emphasis on practical training.

Although the school, claiming to be Europe’s first school of sex, offers a curriculum which includes historical and modern sexual theory, the emphasis is on becoming a better lover.

“Sexual positions, caressing techniques, anatomical features – these are the AISOS disciplines. And we teach you hands on,” the website reads.

“We are confident that the school will be a great success. Ylva-Maria has worked for a long time on this idea and has received much encouragement and interest,” Kirsch told the Austrian paper.

However, those that expect the school to be only fun and games, will be bitterly disappointed. At the end of each course exams must be passed and the cost of each term is €1,400 ($1,860).

The Local’s attempts to reach Thompson to confirm the claims have so far proved unsuccessful.