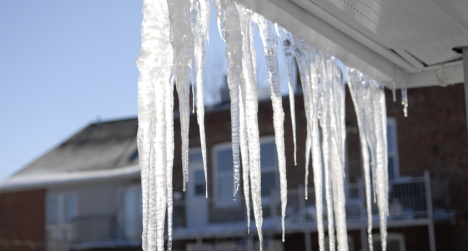 “The weather will be low pressure areas, but it is hard as of yet to predict exactly where they will pass,” Lisa Frost at the Swedish Meteorological and Hydrological Institute (SMHI), told daily Dagens Nyheter.

According to SMHI the lingering mild autumnal weather in Sweden has been due to a stable high-pressure front over central and southeast Europe.

However, this area is giving way to a series of low-pressure fronts coming in from the Atlantic within the next few days.

This means that the chilly Arctic weather will sweep down behind each low-pressure front and forecasters predict that every day next week will be a little colder than the previous.

By Saturday the first snow will sweep in over northern Sweden, although most of the precipitation in the more southern parts are expected to bring rain or sleet.

Coastal areas will also have to wait until well into next week to see minus degrees, with a little colder temperatures predicted for inland areas.

Although forecasts for next week and beyond are more uncertain, meteorologists believe that more precipitation will move in from the west, which could well be bringing snow as far south as the Gothenburg area.

According to SMHI’s definition, the winter has so far only reached the far north of the country and some parts of central Sweden.

For the forecasters to consider temperatures to indicate winter, the average temperature must fall below zero degrees Celsius for at least five consecutive days.