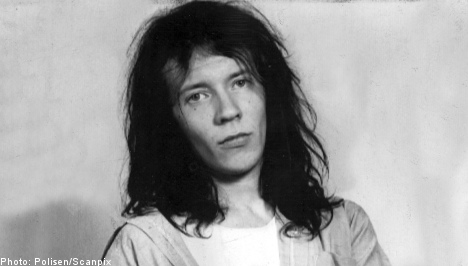 46-year-old Nikita Fouganthine, who has changed his name several times, was known as Juha Valjakkala when he shot and killed a man and his 15-year-old son and then stabbed the man’s wife to death in a graveyard in Åmsele, near Skellefteå, in 1988.

He was sentenced to life in prison and deported to Finland to serve his sentence.

In 2009, Fouganthine was granted a conditional release, but was re-arrested in Finland in June of this year and sentenced to four and a half months in prison for drunken driving and making illegal threats with an air gun.

Last Wednesday morning, Fouganthine failed to show up for his prison work duty at the minimum security Kerava prison in Finland, and it was announced that he was on the loose.

He was arrested by Helsinki police at around 12.30 Swedish time on Thursday. According to local media Fouganthine put up no resistance.

According to reports in the Finnish media, the escape comes shortly before he was set to be released.

Staffan Brunn, a reporter for the Hufvudstadsbladet newspaper, told Swedish tabloid Aftonbladet last week that Fouganthine fled prison because of “a pressing need” to see his girlfriend.

“Now he’s a wanted man and in Finland it’s a crime to escape from prison. Now he can expect a new sentence,” he told the newspaper.

Last Wednesday’s flight was only the latest in a string of escape attempts made by the triple murderer over the years, with the first one coming in 1991.

In 1994, he took a guard hostage and then escaped from the Riihimäki prison, only to be arrested a few hours later.

In 1997, Fouganthine and a fellow inmate managed to make it out on the roof of the Kakola prison, only to be detained by guards before they managed to jump.

Fouganthine’s wife helped him break out of the Pyhäselkä prison in 2002 when he was on an unsupervised furlough.

The couple managed to make it to Sweden in a stolen car before being arrested in Piteå in northern Sweden two days later.

In 2004, guards caught Fouganthine after giving chase for a few hundred metres after he tried to flee yet another Finnish prison and in 2006 he was on the run for several days before being arrested after escaping from a minimum security facility.