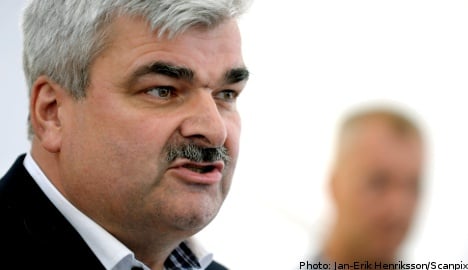 Party head Håkan Juholt wants to tear up the party’s decision from 2009, on profits in health care.

“That was a decision intended to reach a golden compromise that everyone could live with. It presented possibilities for alternative interpretations and reality has brutally caught up with it,” said Juholt on Saturday.

Juholt now promises a statement next spring, to be followed by a “razor-sharp” decision at the party’s next congress, in 2013.

In time for that, Juholt will be inviting party leaders from social democratic parties in Norway, Denmark and Finland, to discuss how they have solved this issue. He will also do his best to get municipality and county politicians on board.

The Social Democrats have long been conflicted in their views on profits in health care. The decision reached in 2009 was a compromise between those who want to ban profits and those in favour of private options in the welfare system.

The party then chose to accept profits in health care, but limited them through clear quality demands on businesses.

Many Social Democrats believe that the Carema care scandal, which has shaken Sweden recently, shows that the party leader has to give voters a clear response in this issue.

During Juholt’s speech on Saturday, the longest applause came when he discussed welfare, and promised to “regulate these markets so that citizens’ interests came ahead of profit interests.”

Juholt was not yet prepared to answer the question whether or not he wants to ban venture capital firms in health care, but concluded that the profits must be more strictly regulated, and that all surplus ought to be re-invested in the business.

“I’ve identified a problem that we’re going to solve systematically and carefully.”