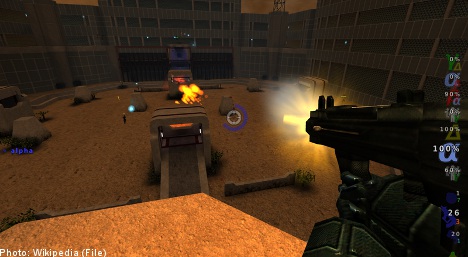 The findings come following a review of more than 100 articles about violent computer games and aggression which have been published in international scientific journals since 2000.

According to the Council’s review, there is a clear, statistically significant link between violent computer games and aggressive behaviour.

However, many of the studies use different methods to measure aggression, many of which lack a clear connection to violent behaviour.

In addition, a great deal of the research exploring causal links between violent computer games and aggressive behaviour “suffer from serious methodological deficiencies” and don’t provide sufficient evidence to establish a causal relationship.

The few studies that have attempted to examine other causes of aggression found that factors such as poor physical health or family problems can explain both violent behaviour and a propensity to play violent computer games.

There is also too little research into the hypothesis that violent video games may cause violent behaviour among people with certain personality traits.

As a result, the Council concludes, “there is no evidence that violent computer games cause aggressive behaviour”.

“If research can’t provide any simple answers about how games make children aggressive, perhaps we adults should stop judging the games children play based on whether they are violent or not,” Media Council researcher Ulf Dalquist said in a statement.

Speaking with the Aftonbladet newspaper Dalquist said that a number of longitudinal studies included in the review showed “beyond a reasonable doubt” that family conflicts and poor health among children can make children more drawn to computer games and result in a higher level of aggression.

And while the games themselves may not cause aggressive behaviour among children, parents should nevertheless be aware of the games their children play.

“As parents, we can stand and freeze on the sidelines of a football pitch or listen to out of tune recorder concerts – but we can’t engage in their computer gaming. It may not be about how much violence a game contains, but rather what sort of values the game expresses,” he told the newspaper.